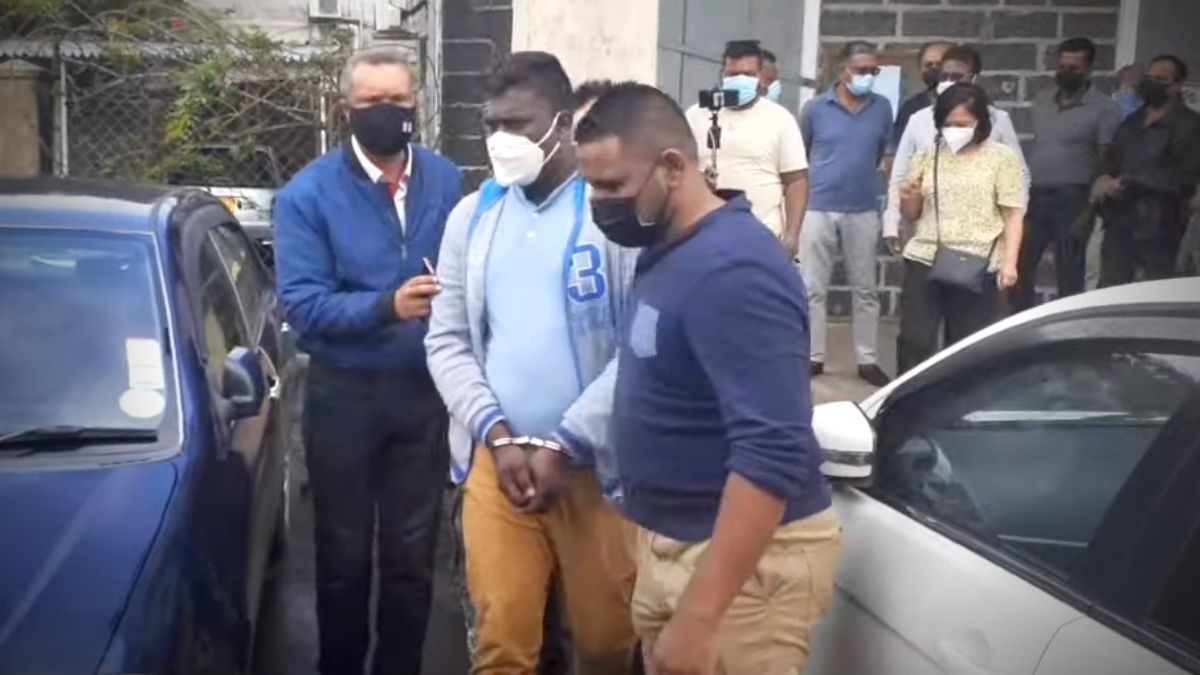 “The accumulation of dictatorial drifts is rapidly undermining faith in the government – people are angry and it’s going to get worse.”

Such was the reaction of Labour Party president Patrick Assirvaden after the arrest of Shahil Budhooa, a social worker.

Buddhooa, in his twenties, was arrested after a precautionary measure (PM) filed by Vacoas/Phoenix mayor Praveen Kumar Ramburn.

The latter claimed he feared for his safety after he was booed by members of the public during Radio One’s live show on Monday, April 11.

Ramburn and PPS Gilbert Bablee faced a barrage of criticisms from local residents when someone shouted: “Gopia of Manhattan” (Idiot of Manhattan).

PPS Bablee had earlier claimed he would make the town become a Manhattan – an analogy for which he has been ridiculed.

Budhooa was somehow identified as being the “culprit” – even if everyone present was wearing a mask at that time.

He spent the night in police cell and was brought, handcuffed, to Curepipe Court on Thursday.

He was released after paying a bail amount of Rs5,000.

“His wife has just given birth. How can you throw a young father in police cell just because you heard someone utter the word ‘Gopia’ (idiot)? What is wrong with the Police? Do they (police) have nothing more important to do?” Assirvaden fumed.

On being released, Budhooa said he will not be intimidated. “I’m a social worker and I will continue to work for the community. I tell the people: Do not fear. Keep doing the right thing.”

This is the second time in a week where social workers are being thrown in jail for criticising government officials.

Four residents of Plaine Magnien, including the village’s President, were thrown in jail over “outrage to ministers.”

Municipal elections postponed for another year