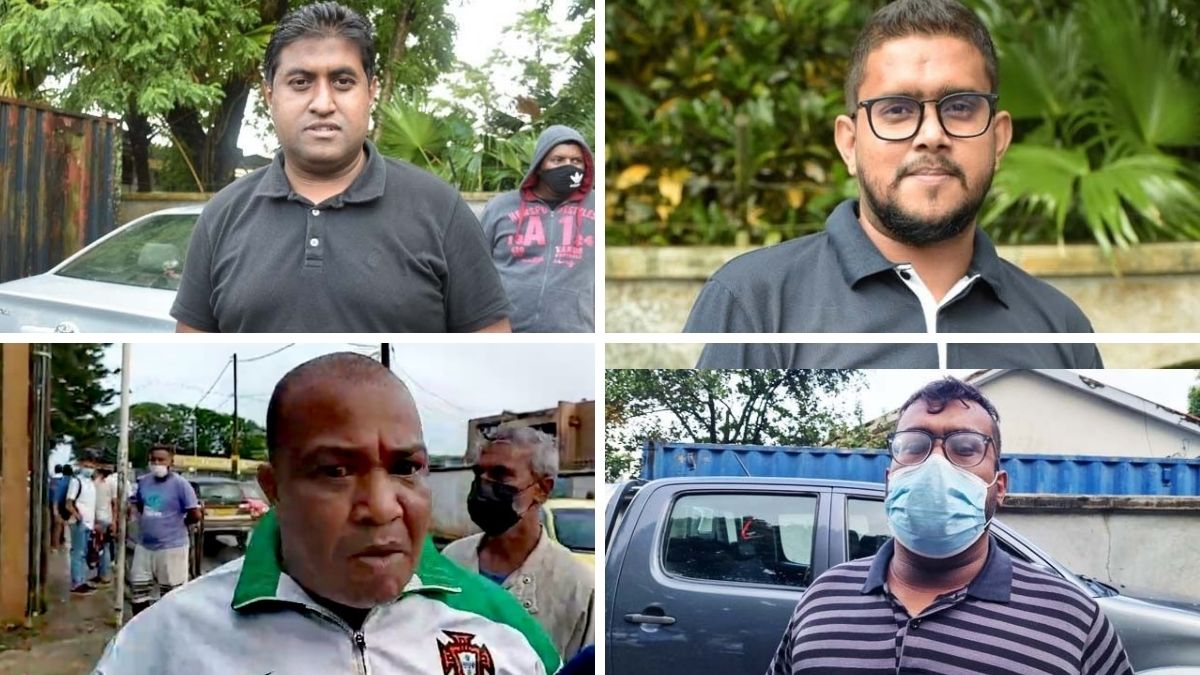 Four residents of Plaine Magnien, including village President Nazim Gurib, have been arrested after they protested against being banned from a meeting on floods that recently affected the village.

Their arrest follows the circulation of video footage on traditional and social media showing Gurib and three other village councillors are said to have booed Ministers Stephan Toussaint and Bobby Hureeram.

The ministers, who were holding a meeting at the Citizen’s Advice Bureau in the village, reportedly refused to meet them.

As villagers booed the ministers, they had to leave the scene under police escort.

The government’s response to the demonstrations was swift.

In an unexpected development on Tuesday afternoon, the four men were arrested over a charge of “outrage against minister” – contempt to public authority under section 156 of the criminal code.

“We weren’t doing anything bad, just asking for information on what was being done to alleviate the sufferings of people in our village. With this attitude they’re showing what they are: a dictatorship,” they were quoted as saying.

Sunday Times reported that Gurib was refused food on Wednesday morning for Sehri – a meal consumed early in the morning by Muslims before Ramadan fasting. Police officers were cited as claiming that such orders were allegedly received by “higher quarters.”

The newspaper said it was thanks to the intervention of Labour MP Eshan Juman that Gurib was finally given food.

All four were released on bail on Wednesday afternoon.

“What happened is pure injustice. It’s up to the people to judge,” said Gurib after his release.

Ramgoolam: ‘Time to oust this government’