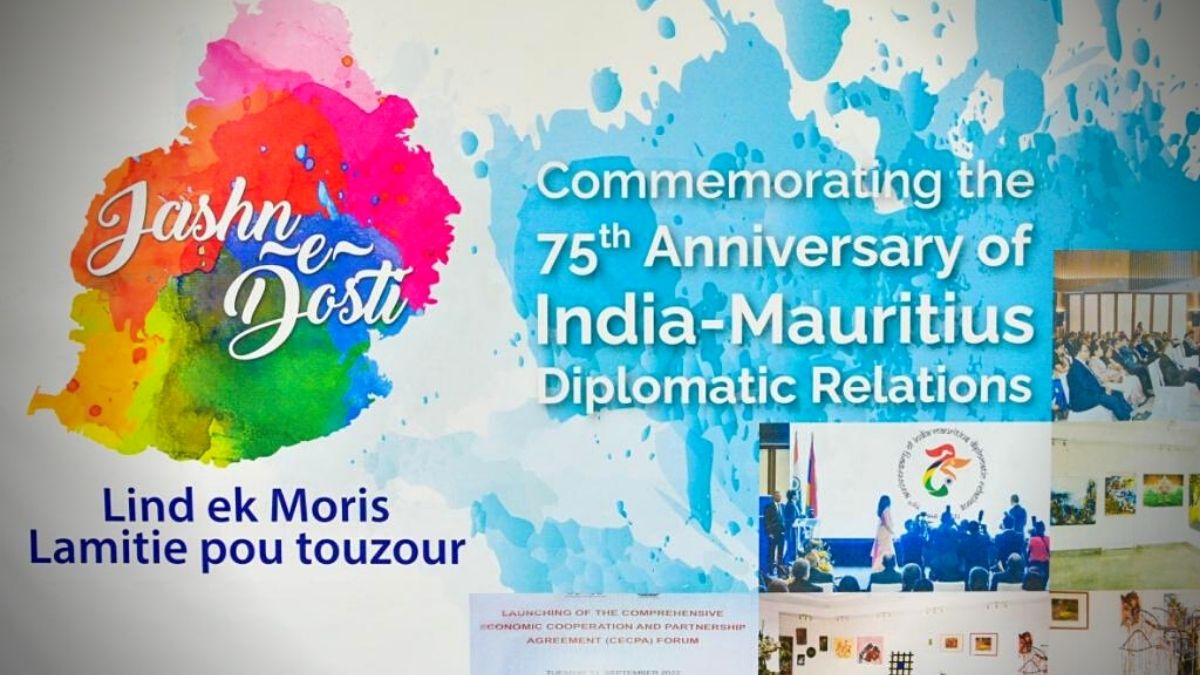 A cultural week is currently underway as part of the celebrations of the 75th anniversary of the establishment of diplomatic relations between India and Mauritius.

President of the Republic Mr Prithvirajsing Roopun said that the cultural week under the theme “Jashna-e-Dosti” Lind e Moris – Lamitie pour touzour (India and Mauritius – Friendship for ever)” bears testimony to the fact that India is always by the island’s side as a strategic diplomatic and economic partner.

President Roopun also outlined how with India’s assistance, Mauritius has successfully achieved numerous developmental activities and other projects which range from the social to the cultural, encompassing educational, capacity-building, trade and security, both on the national and international level.

He also thanked India for inviting Mauritius as a Guest Country to the G20. He announced that preparations are also ongoing in the context of the Pravasi Bharatiya Divas 2023 edition, scheduled in January next year.

Indian High Commissioner Mrs Nandini Singla said the cultural week will comprise, among others, diverse dance and music traditions of India and Mauritius; theatre shows such as Ghazals, Qawwali and Bollywood along with an Art Exhibition, a mini Food Festival followed by an Indian film festival where a selection of Indian movies will be played for free in theatres.

“To enable the participation of Mauritians in this celebration, Air Mauritius is offering a hugely discounted air ticket of only Rs 19,500 from Mauritius to Mumbai and the Government of India is providing steep discounts on hotel rooms and registration fees, among others,” she stated.