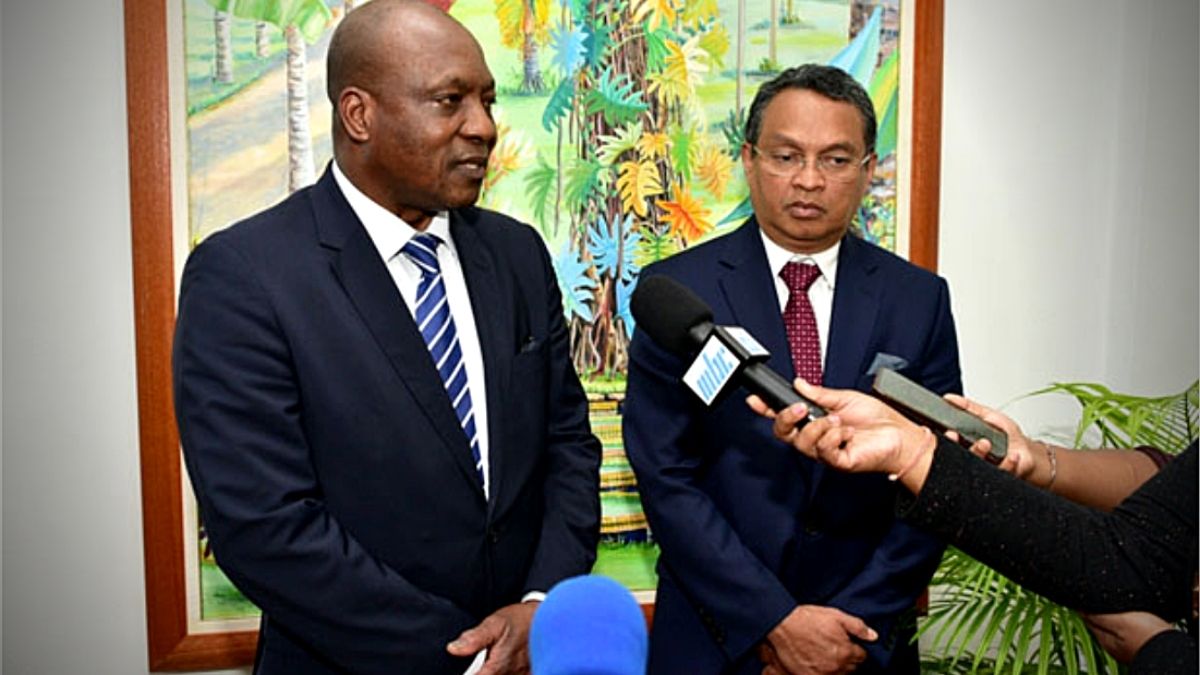 In a statement after the meeting, Andrianarivelo and Kouagou said they came for consultations to learn more about the country and its business climate so as to identify how to best support Mauritius on its way forward.

According to the WB official, Mauritius has a particularity and requires additional investigation when it comes to banking.

“It is only after getting to know the field reality of a country that we are able to intervene and represent it better,” Mr Kouagou said.

Speaking about the Mauritius Investment Corporation Ltd, Mr Andrianarivelo asked that Mauritius “correctly address the actions and risks that should be taken if required.”

According to the IMF’s Staff Report for the Article IV Consultation just released, Mauritius’s fiscal and debt position deteriorated significantly in FY 2020-21 due to the pandemic.

The report also called for the credibility and independence of the Central bank to be safeguarded – through the recapitalisation of the Bank of Mauritius (BoM). It also reiterated an earlier call for the BoM to relinquish the ownership of the Mauritius Investment Corporation (MIC).

Mr Andrianarivelo said the IMF will pursue its collaboration with Mauritius adding that “we have helped Mauritius get out of this economic stagnation and have always tried to support the country so that it can be among the flourishing African countries in terms of development, cooperation, and regional integration”.