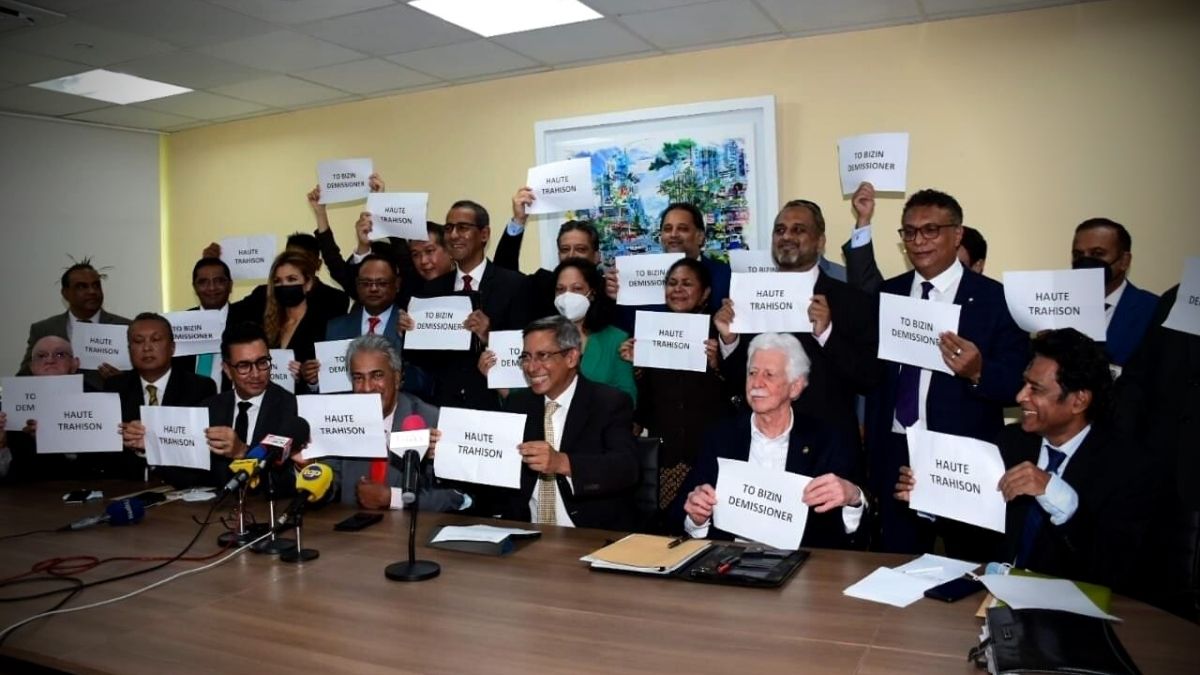 All opposition MPs were suspended or “named” on Tuesday by the Speaker of the National Assembly, Sooroojdev Phookeer, during the Private Notice Question on the serious allegations of “sniffing” internet traffic, made against the Prime Minister, Pravind Jugnauth .

According to media reports, no sooner had the Leader of the Opposition addressed a first supplementary question that the Speaker intervened. He argued that the said question did not corroborate the theme of the PNQ.

In his response, Jugnauth “categorically” refuted the allegations made against him.

The Leader of the Opposition, however, defended that questions were allowed in “the temple of democracy”.

However, the Speaker instructed that the Leader of the Opposition’s microphone be muted, adding: “You have no question  Leader of Opposition, no question”. Opposition MPs vehemently denounced what they called as “censorship”, claiming that the subject of “sniffing” internet traffic is “high treason”.

Paul Berenger and even the Leader of the Opposition Xavier-Luc Duval were ousted from Parliament one after the other. The Speaker suspended the sitting after Labour MP Patrice David also called PM Pravind Jugnauth as being “guilty of an act of high treason”.

This will go down history as one of the fastest Parliament sitting, Le Mauricien  reported. After their suspension, other MPs entered the Assembly at 12.42 p.m. and the sitting was suspended at 12.43 p.m.

As the Speaker  gave the floor to MMM’s Franco Quirin, the latter also spoke of ‘high treason’. All opposition MPs then held up posters saying “High Treason”.

The Speaker then practically ‘named’ all the opposition MPs who had the posters.

Sherry Singh, the CEO of Mauritius Telecom, accused Pravind Jugnauth of  having asked him to allow a “third party” to install “sniffing” equipment to control internet traffic “in and out” as well as through Mauritius.