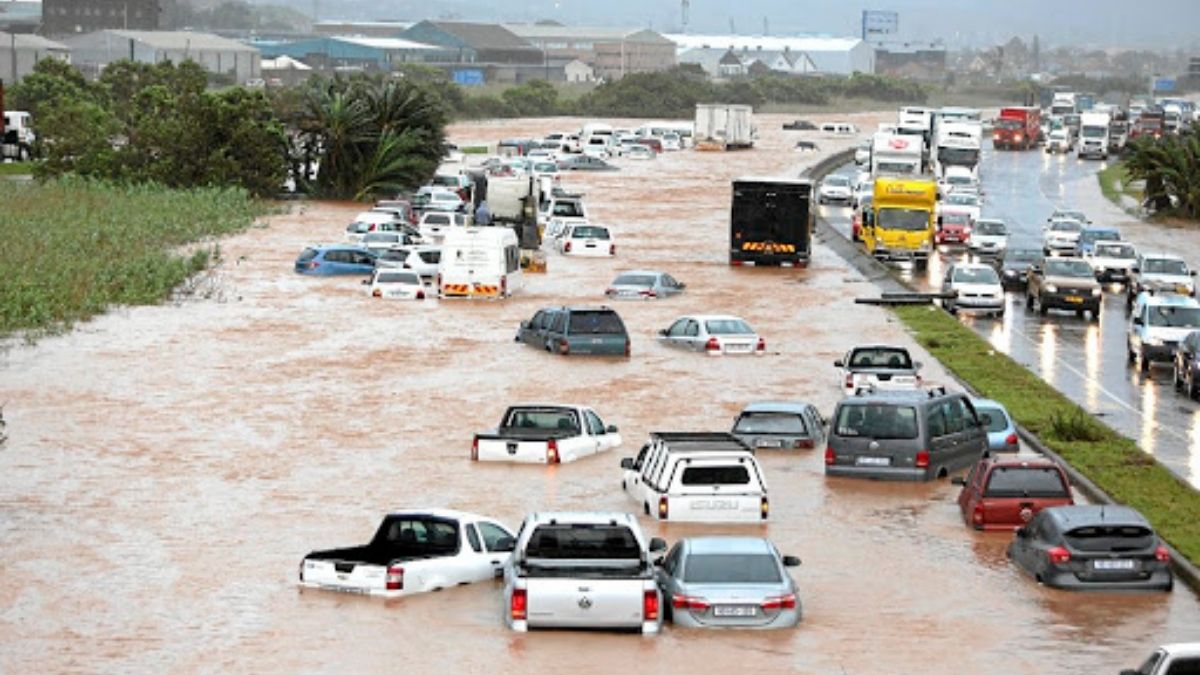 Devastating floods in South Africa have destroyed homes and forced the important port to suspend operations following one of the worst weather storms in the country’s history.

The death toll in South African province of KwaZulu-Natal has reached over 300 following intense floods that have devastated in and around the port city of Durban.

The floods resulted from the heaviest rainfall in 60 years and “one of the worst weather storms in the history of (the) country” according to South African officials.

In some areas, months’ worth of rain fell in a single day – 300 millimetres within 24 hours — an amount normally associated with intense hurricanes.

“Bridges have collapsed. Roads have collapsed. People have died … This is a catastrophe of enormous proportions,” South African president Cyril Ramaphosa said during a visit to meet the victims of the floods.

“This disaster is part of climate change. We no longer can postpone what we need to do … to deal with climate change. It is here, and our disaster management capability needs to be at a higher level.”

According to the Durban mayor, many key infrastructures have been heavily impacted by the floods including electricity and water treatment plants, and mills. Durban, the most important port in sub-Saharan Africa, was forced to halt logistics operations due to road blockages and damages. Communications were also severely disrupted as more than 900 of cell phone towers were down from the floods.

The KwaZulu-Natal provincial government estimates that billions of rand worth of damage has been caused to properties and infrastructure.

A dozen crocodiles were swept away from a farm near Tongaat, north of Durban, and nine were recaptured, but three remained on the loose News24 reported.

The Port of Durban is sub-Saharan Africa’s largest container hub. It handles 60% of the country’s shipments and also transports goods and commodities to and from nations in the region as far north as the Democratic Republic of Congo.

The region was hit by by three cyclones and two tropical storms over the course of six weeks earlier this year, with Madagascar, Malawi and Mozambique taking the brunt of the impacts. The latter has suffered flood after flood throughout the past decade, including one last month that killed more than 50 people.

Many have criticised Ramaphosa however, and attribute the scale of destruction of the South Africa floods and high death toll to poor drainage and badly built houses in low-lying areas.