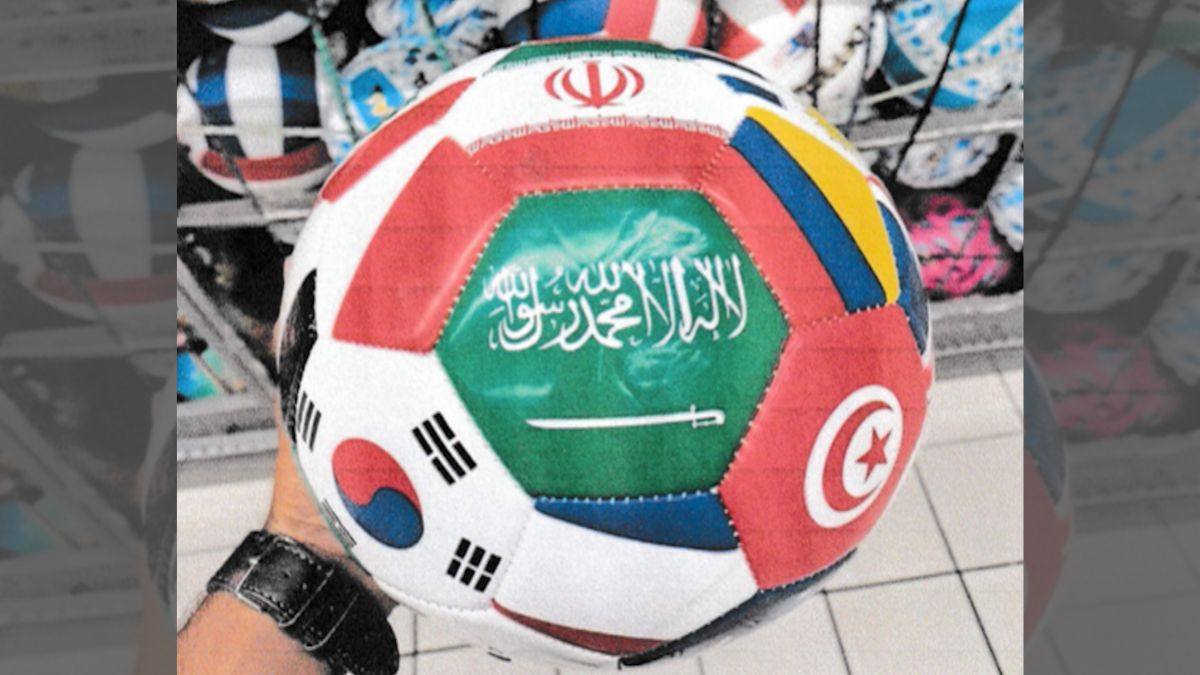 The printing of Saudi Arabia’s flag on the 2022 FIFA World Cup foot balls sold in Super U outlets has sparked anger and concern among Mauritians, particularly Muslims.

Muslims protested vehemently on social media demanding the immediate removal of the balls from the shelves.

The balls showed the Saudi Arabian flag, which features what Muslims call the “Shahada” – the declaration of faith, one of the five pillars of Islam.

Muslims have deplored that printing of the Shahada on football on the pretext of printing countries’ flag is its sheer desecration as the football is kicked with the foot. The words, which include the name of Allah, are revered, and Muslims are very sensitive about where and how they can be used.

The Jummah Mosque, considered as the recognized Islamic authority in Mauritius, was reportedly swift to react to the numerous complaints from Mauritian Muslims as to the sale of these balls.

In a letter to Super U, Jummah Mosque President Nissar Ramtoola reminded that the Consumer Protection (Control of Imports) Regulations 2011 states that, “Any goods, including any paintings, picture or design on the goods which is likely to cause outrage against any religion, or against good morals or against public and religious morality” is a prohibited item for import into Mauritius.

“The sale of foot balls whereby the ‘declaration of faith’ is featured is a total and utter disrespect to the Muslim community and sacrilegious to the fundamental respect of the Muslim faith,” the letter said. It was copied to the Prime Minister’s Office, the Ministry of Commerce and the Mauritius revenue Authority.

“We urge that the relevant authorities including the Customs Authorities and the Consumer Protection Division of the Ministry of Commerce to swiftly and immediately enforce a ban on the sale of this item which should be removed immediately from sale,” the Jummah Mosque insisted.

The reaction of Super U came soon after. CEO Pascal Tsin expressed regret that the matter escaped his company’s attention.

“Being much minded to assure that our earnest respect towards all religions counts among our core values, I have, upon receipt of your letter, given instructions to immediately remove all these balls from our shelves,” Pascal Tsin wrote back to the Jummah Mosque.

He assured that the balls would be returned to the supplier “for, hopefully, their destruction.”

Mauritius woman gives birth to a baby boy on a bus