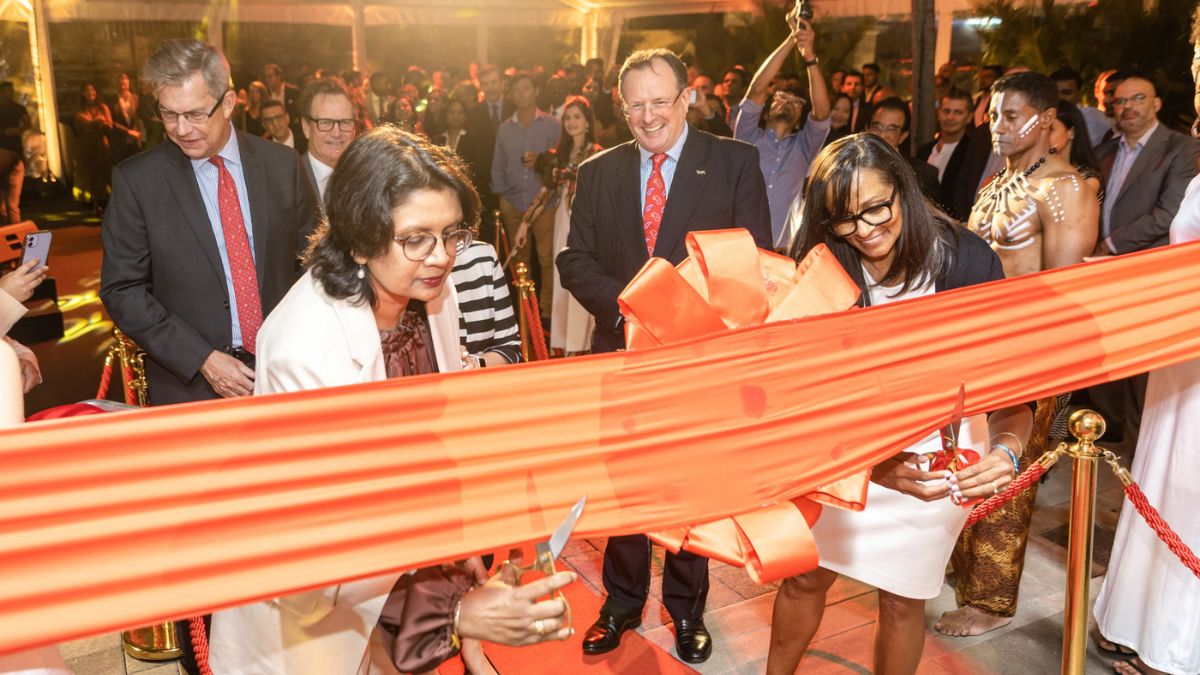 Directors of Bank One surrounding Hemlata Sewraj-Gopal, Second Deputy Governor of the Bank of Mauritius and Jean Pierre Dalais, CEO of the CIEL Group.

Bank One has inaugurated its new Corporate Offices at the Astrolabe Building located at Port Louis Waterfront.

The opening of the bank’s new offices is said to be in line with its ambition to become ‘sub-Saharan Africa’s preferred gateway’.

Bank One has an expressed ambition to seize the considerable growth opportunities in sub-Saharan Africa.

“It is determined to leverage Mauritius’ position as the International Financial Centre for Africa and the combined presence of its two shareholders, the CIEL Group and I&M Group PLC in the region to meet the growing needs of businesses and individuals across sub-Saharan Africa,” the bank said in a press release.

The Corporate Offices, named “Bank One Waterfront”, are intended to be a place that promotes teamwork and creativity. Interestingly, all meeting rooms are symbolically named after African capitals where Bank One has been extending its footprint over the last 14 years.

Bank One has been rated ‘BB-‘ with a Stable Outlook by Fitch Ratings.

5: the number of international awards (and ratings) it has received in 2021 and 2022 that are directly linked to the excellence of its services for the sub-Saharan Africa market

7: the number of branches through which Bank One operates in Mauritius

10: the number of nationalities among Bank One’s employees

19: the number of countries in Africa where Bank One now serves customers

Plastic manufacturer’s turnover up 25%, but posts loss of Rs7million