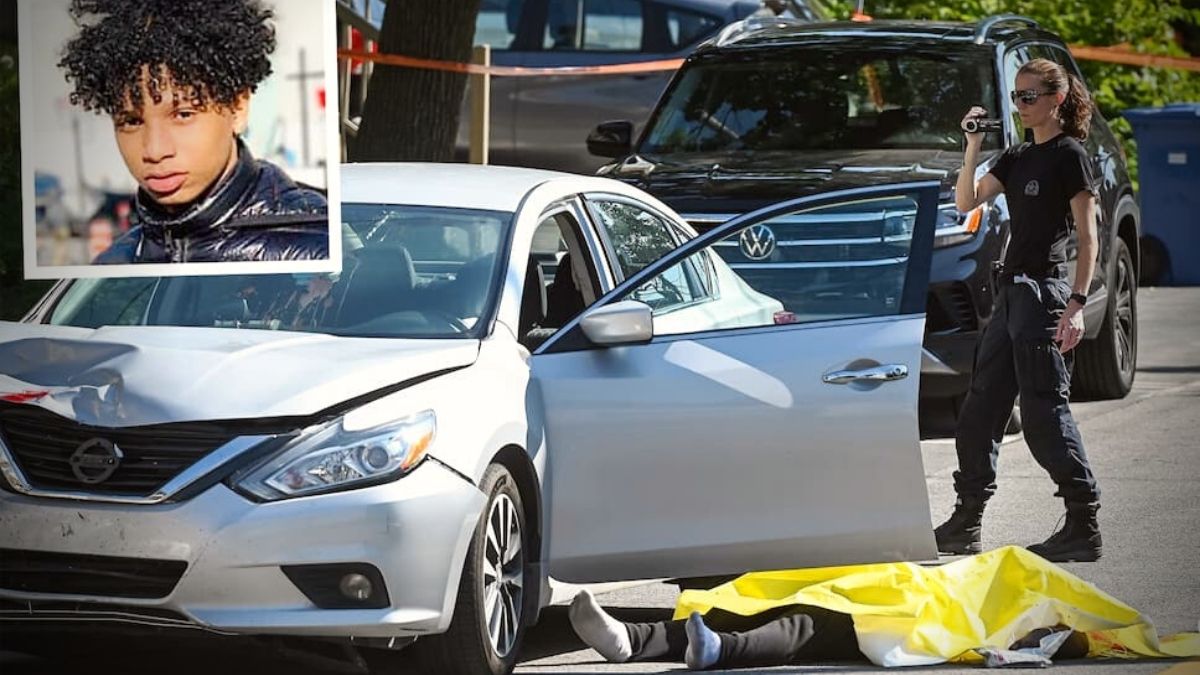 The body of the 18-year-old driver remained near the car for several hours. Jeremy Cadine passed away a few hours after being taken to hospital. Photo: Journal de Montreal

A Mauritian teenager, whose family is now settled in Montreal, Canada, was sitting on the passenger bench of a car when it was riddled with bullets by armed men on Thursday.

Jeremy Cadine, 17, was hit by a projectile in the eye and succumbed to his injuries a few hours later, according to Canadian media.

“We came a long way but never thought that something like this would happen to our children in a country like Canada,” said mother Josian Cadine, who immigrated from Mauritius five years ago.

Jeremy Cadine is the sixth teenager victim of a murder in the Canadian town in 18 months. In 2021, three young people were killed, two of them by firearms.

Father Josian Cadine was cited as describing Jeremy as a “good boy” with no history.

“He had a positive energy. He was always happy,” he recalled. Like many teenagers, he loved soccer and singing.

“He didn’t deserve to die like that,” he said.

Montreal police had arrested two people in the case, but they have been released, spokeswoman Véronique Comtois was cited as revealing. The investigation is still ongoing.

Down in Mauritius, l’Express said the family hails from Baie-du-Cap, in the south of the island. Father Josian worked as a driver for a private company and his wife was a nurse. Jeremy was the eldest of their three children.

The young man did his primary education at the Appalsamy Sokappadu Government School, located in Chemin-Grenier.

Expats in Mauritius entitled to CSG Income Allowance for one year