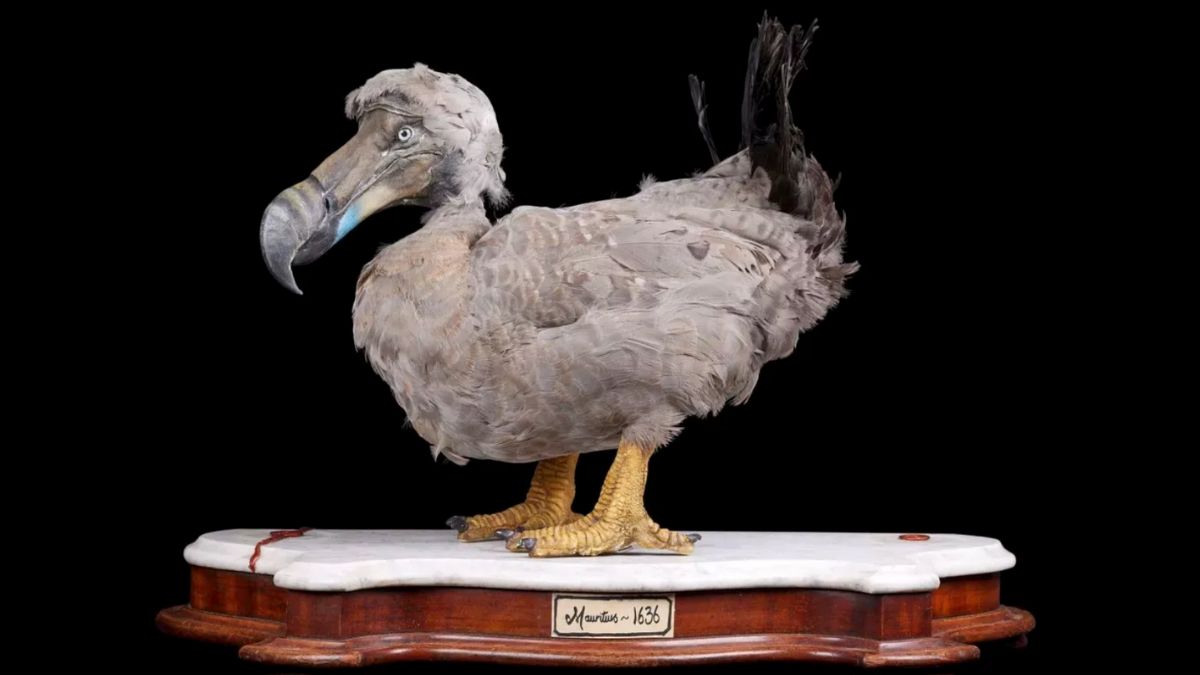 A crazy collection of curios from bones of extinct dodo birds, hair from a wooly mammoth, and even the tooth from a massive Megalodon shark are all up for auction this week.

Dubbed “Objects of Wonder,” the wacky auction has been put together by Curated Auctions in London. Altogether, there are 334 weird and wondrous items which will go under the hammer this Wednesday.

The collection includes a set of “exceptionally rare” dodo bones, found on Mauritius before the flightless creatures became extinct in 1681, could fetch up to $3,300 between them.

A rib bone, toe bone and vertebra of Raphus cucullatus will all go on sale.

They will be displayed alongside a certificate of authenticity.

Dodo bones do not come onto the open market often and the privileged private collectors who own them are very few in number.

He said at the time: “In the 2000s, I visited a grand house in Suffolk to view a spectacular collection, and in a nineteenth-century collector’s cabinet I came across a small group of dodo bones – to my knowledge none had come on the open market since 1934 and as far as I have been able to establish only a tiny handful of private collectors – perhaps less than ten worldwide, own one.

“I bought all five and they are truly one of the greatest treasures I have ever or will ever own.

“One I sold to a client, one I swapped for something spectacular, one I sold with Christies and it is a great personal wrench to sell this one – but needs must, the last will remain in the museum’s collection forever.”

A stuffed taxidermy replica dodo, which was made using specially-bred geese to get the feather colour exactly like that of the extinct bird, is expected to fetch up to $3,500 (around Rs1.5million).

Meanwhile, an “extremely lifelike” fake dodo skeleton could fetch up to $2,388 (Rs1million).

Only two taxidermy dodo skeletons have been sold in the past hundred years: the Summers Place Dodo in 2016, and another in 2019.