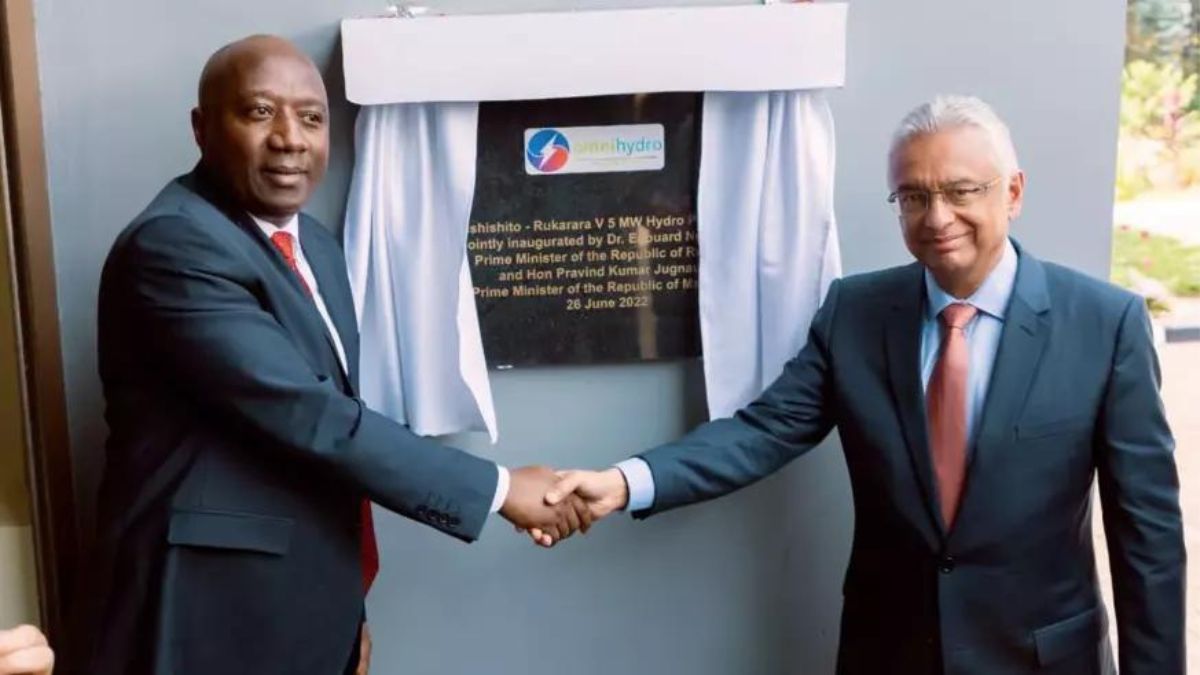 The Mushushito – Rukarara V Hydropower Plant has officially been inaugurated by the prime ministers of Rwanda and Mauritius.

Located in the Southern Province of Rwanda, Nyamagabe District, the facility has one common powerhouse with two different intakes, one on Mushishito River and the other one on Rukarara River.

The power plant which produces 5 Mega Watts and the project was finalised in five years.

The plant is expected to power on average an equivalent of 175,000 homes with clean energy.

It has been executed under a Special Purpose Vehicle (SPV) incorporated in Rwanda and operating under the name of Omnihydro Ltd, and on the basis of a Power Purchase Agreement signed between the company and the Energy Utility Corporation Ltd of Rwanda (EUCL).

According to Edouard Ngirente, Prime Minister of Rwanda, the hydropower plant has so far powered over 120 homes with clean energy.

The Rwandan PM also revealed that 600 jobs were created during the construction phase of the power plant and the investment from Mauritius reached over USD 800 million.

Mauritian PM Pravind Jugnauth said the Mushishito – Rukarara Hydropower Plant is one of the biggest projects by Mauritius companies in Africa, adding that its successful completion and operation is another major milestone of the mutually-beneficial cooperation between Mauritius and Rwanda.

Jacques M. d’Unienville, Chairperson of Omnihydro and CEO of Omnicane, thanked the Government of Rwanda and stakeholders for their support and reassurance in making the project come to life even during Covid-19 pandemic.

He said that in terms of environmental impact, the power plant is expected to reduce CO2 emissions by approximately 14,500T per year which is equivalent to tree plantation of some 1000 hectares per year.