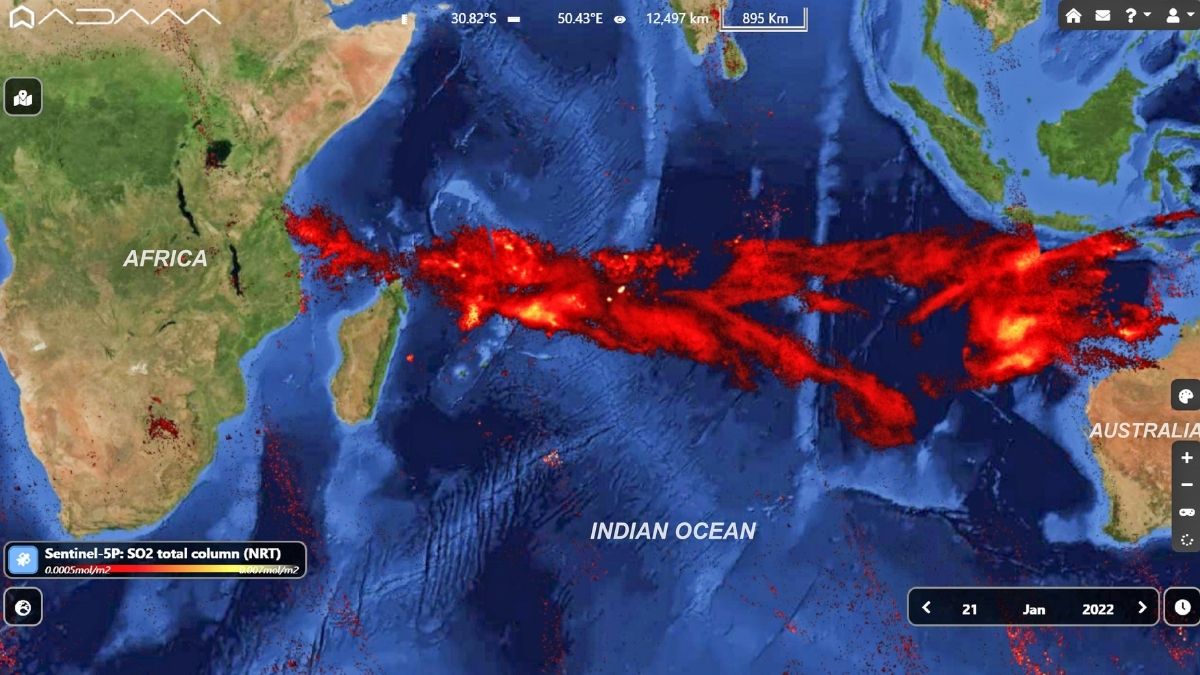 The aftermath can also be seen in the new images shared by NASA where a massive shroud of cloud was seen covering a large part of the Earth. These images were captured by astronaut Kayla Barron from the International Space Station (ISS).

Experts are reportedly concerned about the concentration of harmful sulphur dioxide in the volcanic ashes.

Some of those ash and plumes reached a record height of over 39 kilometres into the air, experts said.

The sulphur dioxide (SO2) emissions from the volcanic eruption have also sparked fears of increased pollution levels and acid rain.

Sulphur dioxide reacts with water to form sulphuric acid which can come down with rainfall – affecting plants and wildlife.

Acidic rainwater can leach aluminum from soil clay particles, flow into streams, and affect the water’s pH. Most fish eggs can’t hatch at a pH level of 5, while adult fish die at lower pH levels.

Acid rain can affect ecosystems, because even if some animals that can tolerate acidic water, the plants and other animals they feed on might not.

Acid rain also removes from the soil the nutrients that trees need to grow, while acidic fog at high elevations can strip nutrients from trees’ foliage and prevent them from absorbing sunlight. Trees are then less able to withstand low temperatures.

Acid rain can also cause the deterioration of buildings and monuments.

Mauritian authorities have reportedly not commented the matter.

Panic in the U.S. after lab-bound Mauritian monkeys escape during accident