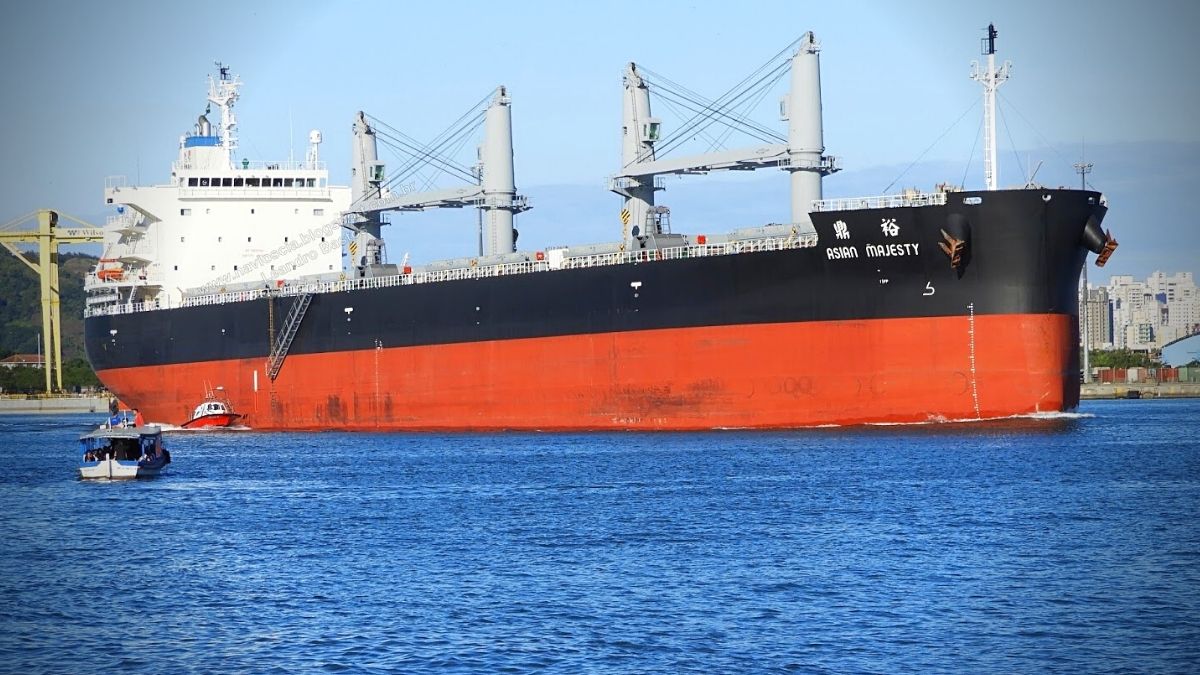 Since the start of March, a ship with 55 000 tonnes of potassium chloride bought by a Mauritian firm remains anchored at the Freeport of Riga, Latvia. Due to the sanctions imposed on Russian oligarchs, this ship is unable to leave, as reported by Latvian TV programme De facto.

The fertilizer cargo is owned by a firm that is under EU sanctions imposed following Russia’s invasion of Ukraine.

Unlike other mineral fertilizer cargoes under sanctions and which are allowed to be carried from the country with permission, here are no plans to act the same way in this specific case.

According to the Latvian TV programme, the ship is not allowed to leave nor dock at the port. The potassium chloride it has on board belongs to a firm that is under international sanctions imposed against Russian businessman Dmitry Mazepin, who is considered to be close to the Kremlin.

Approximately a week after the start of Russia’s invasion of Ukraine, Asian Majesty bulk carrier already partially loaded entered the Freeport of Riga from St. Petersburg and took on board a shipment of potassium chloride. Since then, the ship has remained in the Gulf of Riga.

EU imposed sanctions on Mazepin, who owns a mineral terminal and Mauritius-based firm United Fertilizers Company Limited, which owns the fertilizer shipment on board the ship. The value is estimated at USD 17 million (Rs767million).

The permit for the ship to leave port with its cargo was requested two months later. However, customs prohibited the ship from leaving due to sanctions.

The owner of the ship is a Singapore-based company. Sanctions do not apply to the ship itself and its crew. They would be allowed to leave Latvia’s territory if they had no cargo that is considered as ‘frozen economic resource’ on board.

No solution has been found so far because neither the ship nor the cargo is owned by Latvia-based firm. They do not have a local bank account and they are not leaning towards cooperation, according to representatives of different institutions.