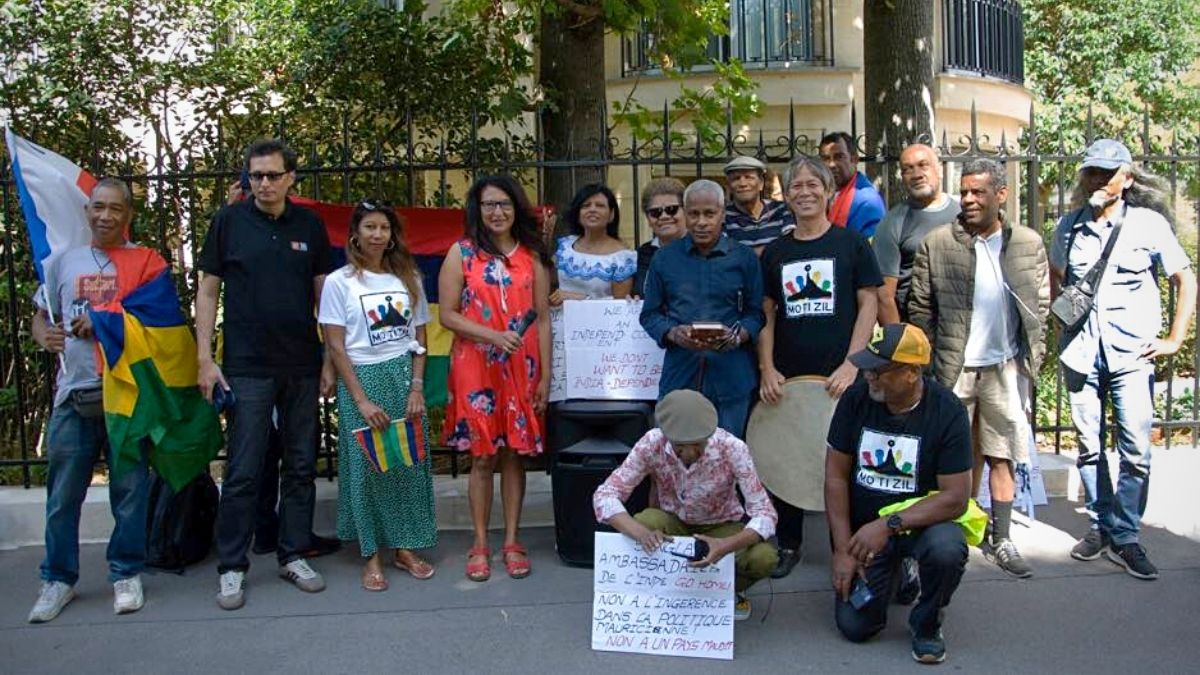 A group of Mauritians in Europe gathered in front of the Indian Embassy in Paris during the weekend to demand information and transparency works currently underway in Agalega.

The demonstration was led by political activists Percy Yip Tong, Padma Utchanah, Pascale Jean Pierre and Arline Jeannot. They urged leaders of Mauritius and India to tell the “whole truth”.

“International media like The Guardian, Al Jazeera as well as Indian newspapers mention the construction of a military base on the North Island of Agalega.

The small, remote Mauritian island of North Agalega, 1,122 kilometres north of Mauritius, is currently a hive of construction activity. India sought access to the islands in 2015 to develop as an air and naval staging point for surveillance of the south-west Indian Ocean.

Satellite imagery shows major airfield and port developments are well underway, reportedly worth some US$87 million.

Comparing the most recent images from Google Earth to the same location as seen in 2014 shows a new 3000-metre runway – capable of hosting the Indian Navy’s new Boeing P-8I maritime patrol aircraft – and considerable apron overshadows the existing airfield in the middle of the island.

“When questioned in Parliament and by journalists, the Prime Minister Pravind Jugnauth, denied the plan. Are these foreign media lying?” asked the protesters.

After Paris, another demonstration is planned on 17 September in front of the UN headquarters in Geneva, Switzerland, and subsequently a third one in London a month later.

“We want to draw the attention of international opinion on the issue. Agalega, which is part of Mauritian territory and located in a demilitarized zone, must not become a source of conflict.

There are a large number of Mauritians who do not want Mauritius to get stuck in the geopolitical strategies involving China and India.”

With inputs from Le Mauricien