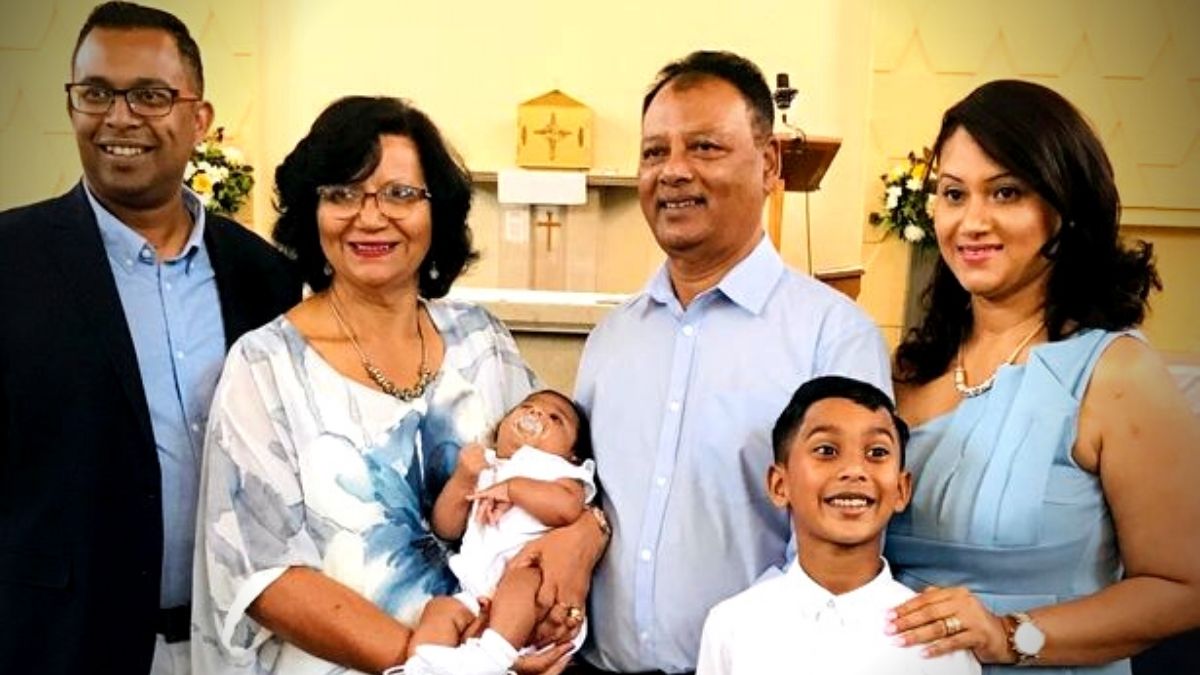 Kian and his younger brother, Kaydan, with his parents and grandparents (Image: Natasha Vythilingum/MyLondon)

A Mauritian family from Croydon, in South London, who were fined for taking their 10-year-old son out of school so they could be together to scatter his grandmother’s ashes in Mauritius have finally received an apology and had their fee returned.

Natasha Vythilingum and her husband Thivy said they were fined £120 for their son Kian’s ‘unauthorised absence’ from West Thornton Primary Academy in Croydon, MyLondon reported.

Both of Kieran’s grandmother’s lived in Mauritius and died in quick succession at the end of 2020 and the beginning of 2021, the family said.

In October, when the country reopened its borders for the first time since the Covid-19 pandemic, the family informed Kian’s school that they planned to visit for nine days in order to scatter the grandmother’s ashes on the anniversary of her death.

However, the family said they were told that the absence would be deemed unauthorised and a fine would be imposed.

Natasha said: “We had been through lockdown, an incredibly hard time to lose somebody. For a year we hadn’t been able to be there for our family and we finally get a chance on the anniversary of my mother’s death, but the school said it wouldn’t approve it. I don’t understand. It’s heartless.”

Natasha said that the fact they knew they’d face a fine upon their return made the trip even more stressful. “This was not a holiday. As well as my mum’s death and my husband’s mum’s death, we also lost two other close relatives around the same time,” she said.

“Four deaths in the space of four months. There was a lot to sort out and making that trip (to Mauritius) knowing my mum wouldn’t be there to greet us was terrible. Then to have this added stress on top of everything else. We shouldn’t have had to deal with that.”

She added: “It’s not like we’re irresponsible parents. He’s preparing for his 11-plus and competing to get into all the grammar schools. We know his education is important but we believe his mental health is as important as that, as well as family time. The school is happy to talk about the importance of mental health, but when we needed their help they didn’t give us the support we needed.”

Natasha and Thivy eventually received formal notice of the fine in January lodged an appeal against it.

Since then, Natasha has received an apology from the school and the fine has been revoked.

Controversy heats up over introduction of Rs100 ‘professional fees’ by pharmacists

COVID-19 restrictions could be extended for another three months