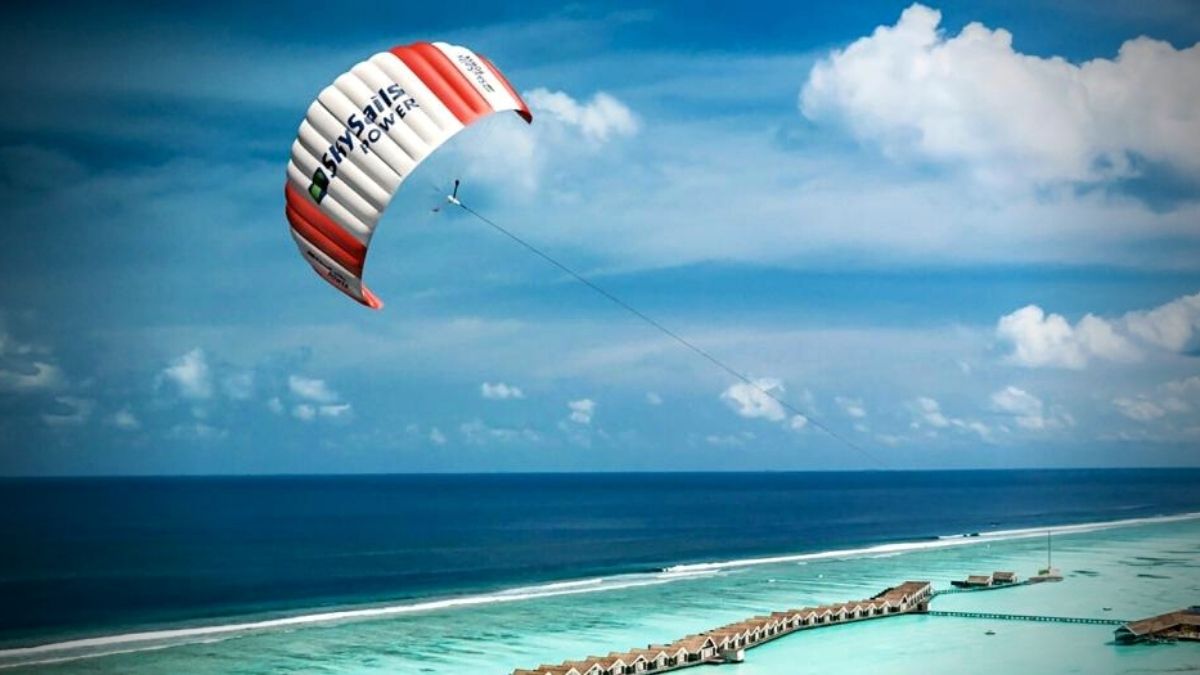 A massive sail deployed over Mauritius – about 400 metres up – is reportedly creating enough electricity for dozens of homes.

According to specialist platform Future Explored, the sail has been deployed by German startup SkySails Power.

“Software autonomously controls the sail’s flight pattern. As it soars higher, it unwinds a tether connected to a winch on the ground — and that drives a generator to produce electricity,” it reported.

When the sail runs out of tether, the software uses a small amount of the generated electricity to reel it back down to about 200 meters, and the cycle starts over.

This process creates enough electricity for 50 of the island’s homes, according to promoters. That’s not much, but it said the Mauritius sail is the first fully autonomous commercial “airborne wind energy” system to be deployed — and it demonstrates some of the potential of this alternative to traditional wind power.

The project is run together with Mauritian-based company IBL Energy Holdings Ltd and supported by the Mauritius Renewable Energy Agency (MARENA), Central Electricity Board (CEB) and Mauritius Research Council (MRC).

While SkySails is deploying sail-based airborne wind turbines, other companies are developing systems with rigid wings or drones at the end of the tethers. Some of these have onboard generators that send electricity down the tether rather than producing it on the ground.

Whatever the design, proponents say airborne wind turbines are easier to deploy and cheaper to manufacture and transport than their ground-based counterparts — but the systems have big shortcomings.

This article is an installment of Future Explored, a weekly guide to world-changing technology.