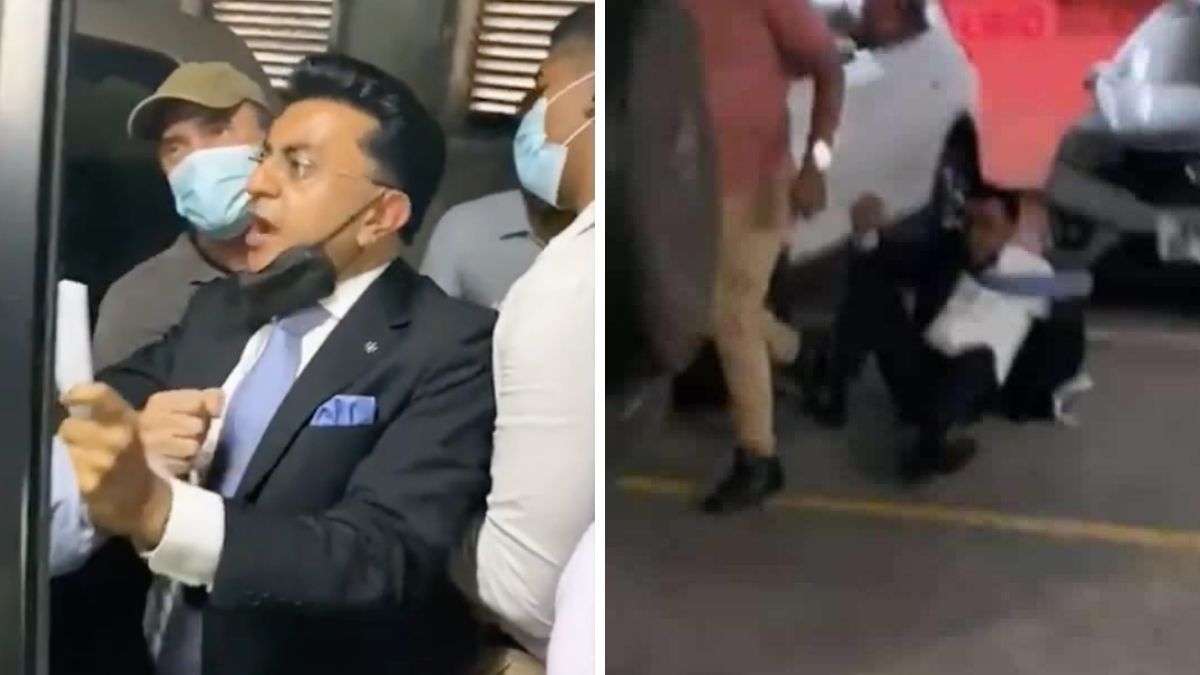 Slovak Peter Uricek, alleged to be involved in drug trafficking, has been forcefully deported to his country, despite a Supreme Court interim injunction prohibiting the deportation.

In a video depicting the deportation, his lawyer Yatin Varma was seen as being thrown on the ground while trying to prevent police officers from taking the Slovak away.

“There is a Court order,” he was heard as shouting to the Passport and Immigration Officers.

Varma is also the President of the Mauritius Bar Association.

But officers did not pay heed and threw in the detainee into a police vehicle before speeding out of the underground carpark of the PIO.

“I am very sad for democracy and our country (…) We have a Injunction from the Supreme Court that prohibits the detainee’s extradition. The Police officers told me they do not give a damn about the Court order. This is criminal contempt of Court,” he claimed.

As the video footage of the incident went viral, hordes of lawyers have openly expressed support for Varma and criticised the PIO officers as well as the Prime Minister’s Office.

The latter had reportedly approved the Slovak’s extradition.

“This is a clear sign of dictatorship,” said fellow lawyer Neelkant Dulloo.

In a press statement on Wednesday, Mayuri Bunwaree-Ramlackhan, secretary of the Bar Association, said that “this kind of incident is not acceptable”.

Members of the association are scheduled to meet on Friday to discuss on the way forward.

In an unexpected development, a Police Sergeant assigned to the Passport and Immigration Office has filed charges against Yatin Varma for “Obstruction” and “Damaging Government Property”.