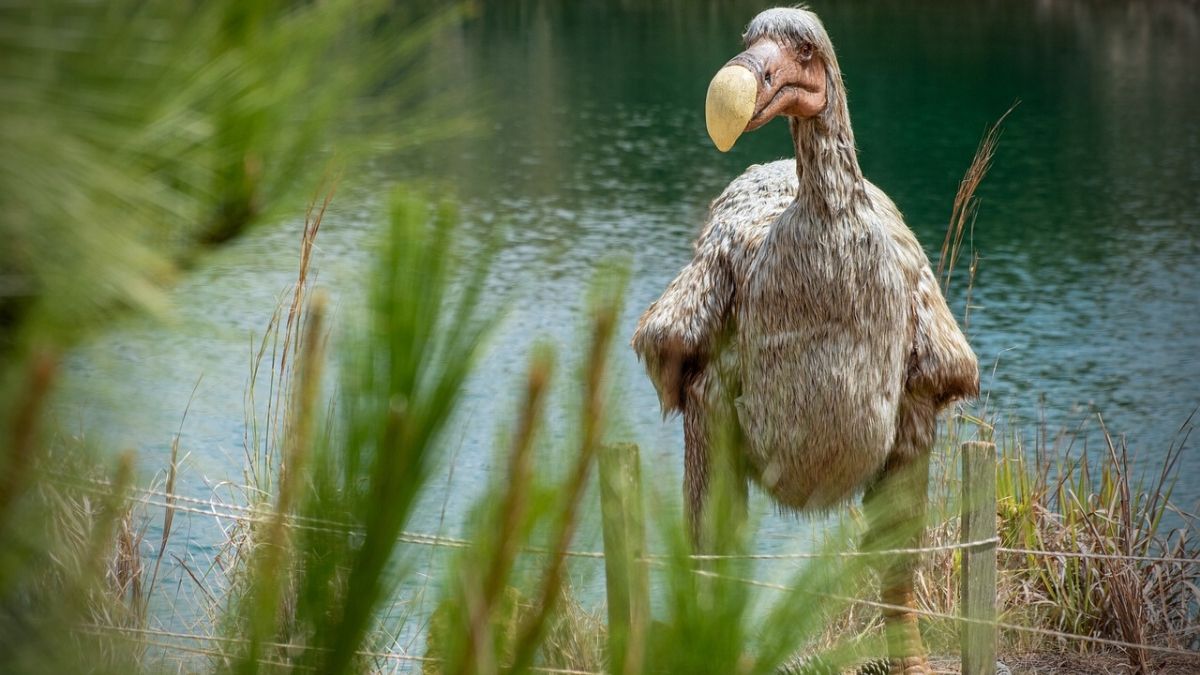 The flightless 3ft (one metre) tall dodo was wiped out in the 17th century, just 100 years after it was discovered on Mauritius.

Hopes have been raised that the dodo could be brought back from extinction after scientists sequenced the bird’s entire genome for the first time.

The breakthrough means scientists could in theory edit DNA from another bird such as a pigeon to include dodo DNA and recreate the species, The Mirror reported.

The flightless bird was wiped out by 17th century sailors and the dogs they brought with them when Europeans discovered its native Mauritius.

Prof Beth Shapiro, of the University of California, Santa Cruz, revealed her team had identified the full genetic code of the bird in a Royal Society of Medicine webinar.

They spent years struggling to find well enough preserved DNA before managing to pull a sample from a ‘fantastic specimen’ in Denmark.

Prof Shapiro said: “Yes, the dodo genome is entirely sequenced because we sequenced it.

“It’s not been published yet, but it does exist and we’re working on it right now. I tried for a long time to get DNA from a specimen that’s in Oxford.

“We got a tiny little bit of DNA… but that particular sample didn’t have sufficiently well-preserved DNA.”

However Prof Shapiro explained recreating a bird would be more difficult than the 2003 cloning of mammal Dolly the Sheep in Scotland.

“Mammals are simpler,” she said.

The Telegraph reported the news of the scientific breakthrough which has given hope for the species.

“If I have a cell and it’s living in a dish in the lab and I edit it so that it has a bit of dodo DNA how do I then transform that cell into a whole living breathing actual animal?

“The way we can do this is to clone it, the same approach that was used to create ‘Dolly the Sheep’, but we don’t know how to do that with birds because of the intricacies of their reproductive pathways.

“So there needs to be another approach for birds and this is one really fundamental technological hurdle in de-extinction.

“There are groups working on different approaches for doing that and I have little doubt that we are going to get there but it is an additional hurdle for birds that we don’t have for mammals.”

“If you bring T-Rex back to life, maybe that wouldn’t be the popular thing as it would run riot and cause havoc.

“But bringing back something that wasn’t so ancient would be much more feasible. The dodo has a known habitat that is readily available.”

The flightless 3ft (one metre) tall dodo was wiped out in the 17th century, just 100 years after it was discovered on Mauritius.

Its last confirmed sighting was in 1662 after Dutch sailors first spotted the species just 64 years earlier in 1598.

The dodo gets its name from the Portuguese word for ‘fool’ after colonialists mocked its apparent lack of fear of human hunters.

(With inputs from Mail Online, The Telegraph and The Mirror)

Tristan Bréville, founder of the Museum of Photography, dies at 76