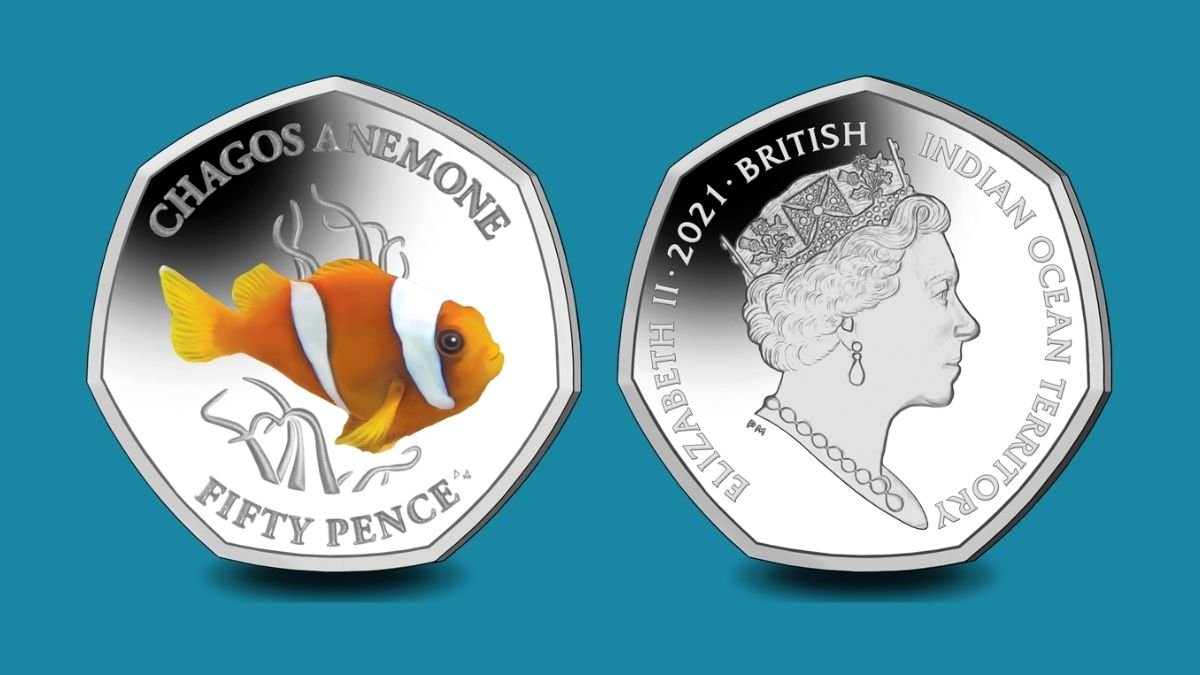 Mauritius has threatened with prosecution the directors of a British firm producing tropical fish-themed coins for the British Indian Ocean Territory (BIOT).

The warning comes as the net tightens around the UK’s claim to sovereignty over the Chagos Islands, The UK’s Guardian newspaper reported.

It said Mauritius’s attorney general, Maneesh Gobin, sent a formal letter to the family-owned Pobjoy Mint, based in Kingswood, Surrey, telling its owners they are violating international law by manufacturing the currency without the correct legal permission.

The Guardian said the coins, dated 2021, display native aquatic species and bear the Queen’s head on the obverse. They are legal tender on BIOT, struck under licence from the UK government.

“One of the 50p pieces features an orange and white Chagos anemone fish – as popularised in the film Finding Nemo,” it said.

In 2019, the United Nations’ highest court, the international court of justice, ruled that the UK unlawfully detached the Chagos Islands from Mauritius before it gained its independence.

Gobin’s letter reportedly states that the “issuing of currency is … an exercise of sovereign rights”.

By doing so for BIOT, it states, the mint is “assisting in a serious violation of international law” and breaching the criminal code of Mauritius.

The maximum penalties for such an offence in Mauritius are fines of up to Rs5 million (£84,000) and a prison term “not exceeding 10 years”.

There is no extradition treaty between the UK and Mauritius.

The legal move comes after a similar initiative by Mauritus at the UN’s Universal Postal Union last year.

The UPU recognised the validity of international court rulings against the UK and recommended that its 192 member countries “cease the registration, distribution and forwarding of any and all postage stamps issued by the territory formerly known as the ‘British Indian Ocean Territory’”.