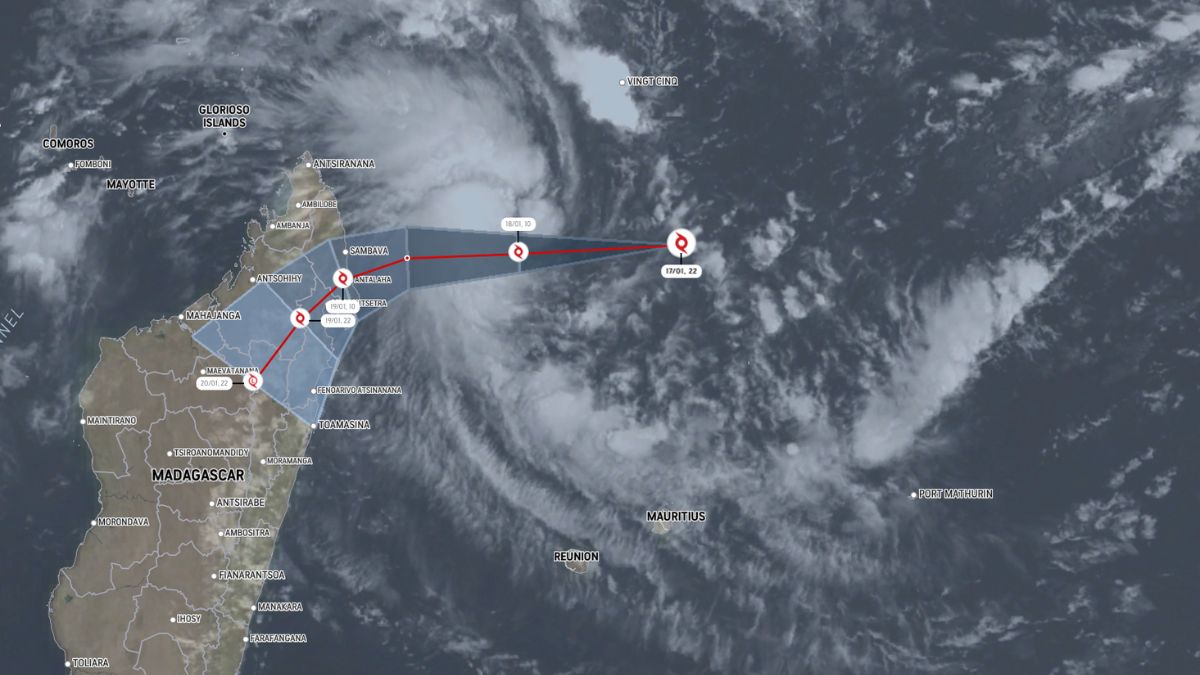 The Mauritius Meteorological Services have issued a “heavy rain watch” on Wednesday 18 January 2023, stating that active clouds coming from the North East will influence the local weather during the day.

According to latest satellite imageries, the tropical disturbance at the North West of St-Brandon intensified into a tropical depression on Tuesday night and continues to move towards the west (Madagascar).

Forecast models indicate the system will strengthen rapidly while tracking generally westwards and make landfall over the North-eastern tip of Madagascar early Thursday.

Some uncertainty remains in the track and intensity forecast, and changes could occur in the coming days.

Active clouds developing over the island are causing moderate to heavy thundery showers. The showery condition is expected to persist for the next 24 hours and will cause water accumulations in some places.

It added that showers, moderate to locally heavy at times with isolated thunderstorms, should be expected on Wednesday night.

The wind will blow from the Eastern sector at about 25 km/h with gusts of the order of 60 km/h, further strengthening in thundery showers.

Sea rough beyond the reefs with South-Westerly swells of the order of 2 metres 50.

Ventures in the open seas are not advised.

During thunderstorms, the public is advised to remain in safe places and avoid open areas, sea ventures and sheltering under trees.