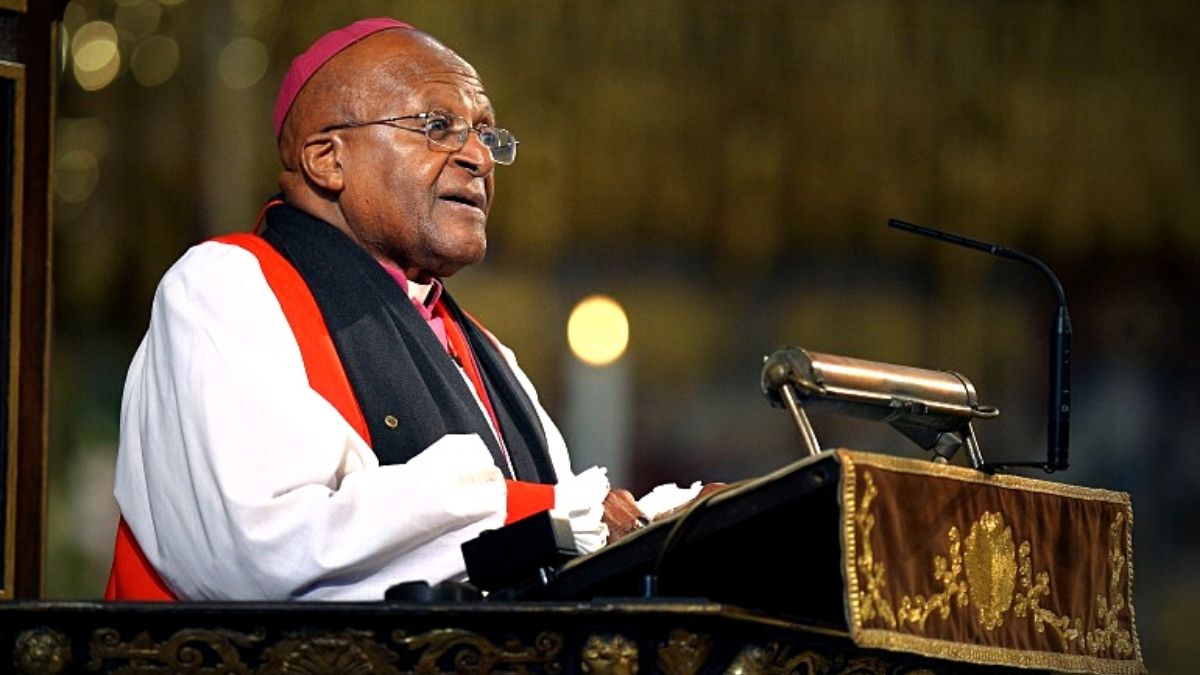 Tutu was a Nobel Peace Prize laureate and a veteran of South Africa’s struggle against white minority rule.

“The passing of Archbishop Emeritus Desmond Tutu is another chapter of bereavement in our nation’s farewell to a generation of outstanding South Africans who have bequeathed us a liberated South Africa,” President Cyril Ramaphosa said on Sunday.

He “distinguished himself as a non-sectarian, inclusive champion of universal human rights”, Ramaphosa added.

Tutu was diagnosed with prostate cancer in the late 1990s and, in recent years, was hospitalised on several occasions to treat infections associated with his treatment.

“Ultimately, at the age of 90, he died peacefully at the Oasis Frail Care Centre in Cape Town this morning,” Dr Ramphela Mamphele, acting chairperson of the Archbishop Desmond Tutu IP Trust and Co-ordinator of the Office of the Archbishop, said in a statement on behalf of the Tutu family.

Tutu is often hailed as South Africa’s moral conscience and the great reconciler of a nation divided by decades of racist politics.

In 1984, he won the Nobel Peace Prize for his non-violent opposition to apartheid.

A decade later, he witnessed the end of that regime and he chaired the Truth and Reconciliation Commission, set up to unearth atrocities committed during the segregation period.

Tutu led numerous marches and campaigns to end apartheid from St George’s front steps, and as a result it became known as the “People’s Cathedral” and a powerful symbol of democracy, according to the local government.

Tutu was a longtime friend of Nelson Mandela and lived for a time on the same street in the South African township of Soweto, Vilakazi Street, the only one in the world to host two Nobel Peace Prize winners.

The news is said to be “devastating” for many South Africans.

New protest in the south over persistent water crisis