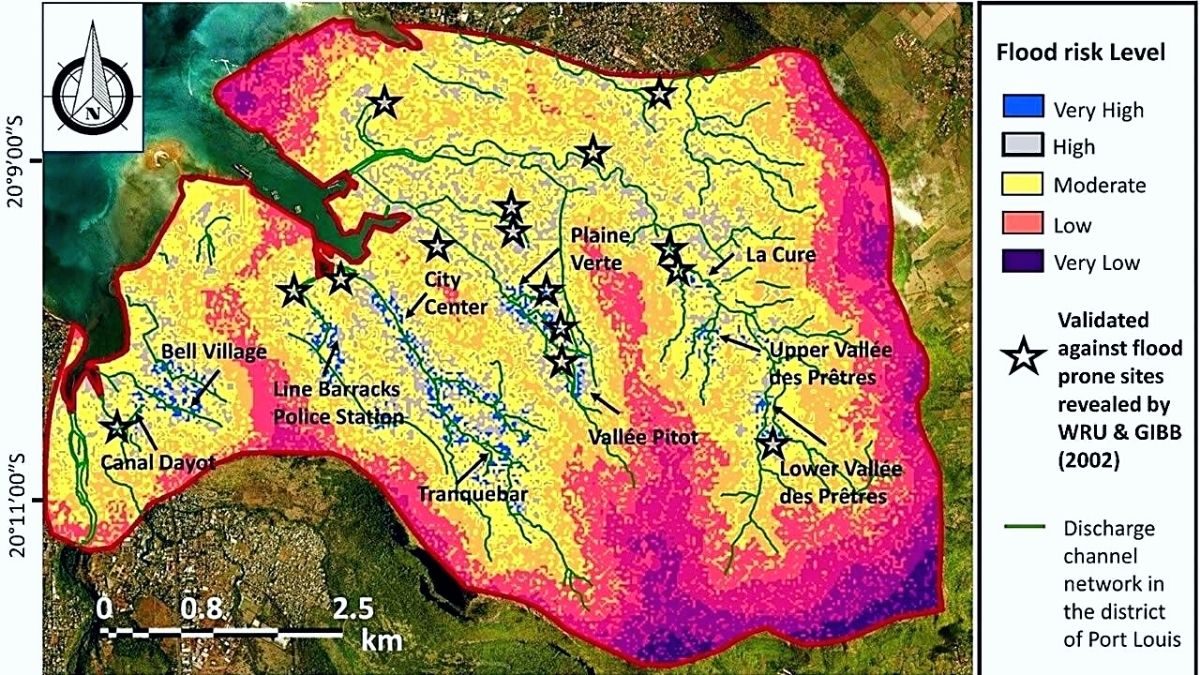 Citing the study, Defi Media reported that the Canal Dayot, Bell Village, the surroundings of the Line Barracks, the edges of the Pouce stream from Tranquebar to the Jardin de La Compagnie, Vallée-Pitot, Plaine-Verte and the banks of the Lataniers River from Vallée-des-Prêtres to La-Cure, are among the most vulnerable places in Port-Louis.

The study, authored by Dr. Jay Doorga, reportedly makes several recommendations to the Government on how to contain the risks identified”

The replacement of the underpass leading to the Caudan Waterfront with a pedestrian bridge is also proposed.

The study also recommends the construction of a retention basin on the slope of the Montagne-des-Signaux in order to temporarily store water runoff.

The authors of the documents advocate the consolidation of legislations such as the Building
Control Act of 2012 and the Town & Country Planning Act of 1954 in order to prevent
construction along rivers and risk areas.