How the pandemic has changed our sex lives
Advertisement 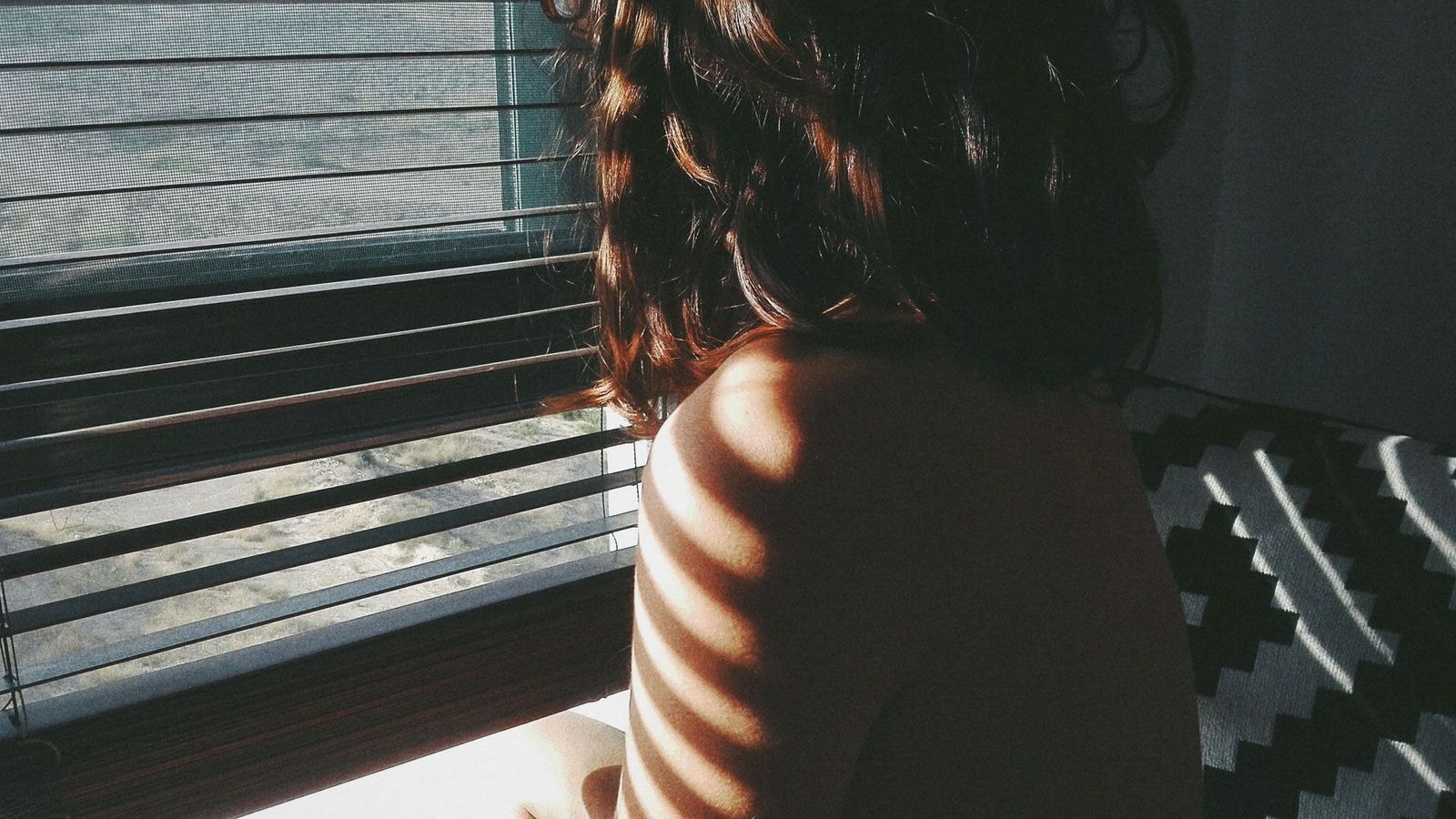 The pandemic has taken a major toll on our sex lives, according to a report by the BBC. Jessica Klein questioned as to why are our intimate relationships flagging – and could the damage be long lasting?

Before the pandemic, many couples lived like “two ships passing in the night”, says Houston, Texas-based sex therapist Emily Jamea. Previously overscheduled with out-of-home commitments, some partners found that pandemic-related lockdowns offered a much-needed respite. Being stuck at home let them slow down and take more time for intimate moments together – at first.

“Initially, the pandemic gave people the opportunity to… reconnect in a way that maybe previously they were only able to do on vacation,” says Jamea. As the pandemic wore on, however, it began to “take its toll” on intimate relationships, she says. “For the majority of couples, sexual desire kind of took a nosedive.”

Studies from around the world tell a similar story. Research conducted in Turkey, Italy, India and the US in 2020 all points to the decline in sex with partners as well as solo acts, directly attributed to lockdown. “I think a big part of the reason for that is because so many people were just too stressed out,” says Justin Lehmiller, social psychologist and research fellow at The Kinsey Institute, which conducted the US-based study.

For most, pandemic-induced lockdowns created an atmosphere of uncertainty and fear. Many experienced unprecedented health-related anxiety, financial insecurity and other significant life changes. Stress caused by these factors – not to mention the problems that arise from spending too much time with another person in a cramped, indoor space – contributed to the notable decline in partnered people’s sex lives.

In ways, the Covid-19 world has proven toxic for sexuality – so will we be able to snap back into our sexual selves after pandemic stress dissipates, or have our relationships suffered long-lasting damage?

A decline in desire

As Jamea observed, many couples did enjoy a short boost in their sex lives at the beginning of lockdowns. Rhonda Balzarini, a social psychologist and assistant professor at Texas State University, US, describes this initial spike in sexual desire as a “honeymoon” phase, when people react more constructively to stress.

“During this phase, people tend to work together. It might be when you’re going to your neighbour’s house and giving them toilet paper on the doorstep when they need it,” says Balzarini. “But then over time, as resources become more scarce, people become more stressed and the energy wears off, disillusionment and depression tend to set in. When that starts to happen is when we might be starting to see couples get in trouble.”

Balzarini observed this pattern across participants, aged 18 and older, from 57 countries in a study she and colleagues conducted during the pandemic. At the pandemic’s onset, Balzarini and colleagues saw factors such as financial concern associated with higher sexual desire between partners. However, over time, as people reported increased pandemic-related stressors, including loneliness, general stress and Covid-19-specific worries, they also reported decreased sexual desire for their partners.

The big takeaway in this study, according to Balzarini, is the link among stress, depression and sexual desire. At the start of the pandemic, stressors might not have been “triggering depression” yet, she explains. But when those stressors became prolonged, people grew exhausted. Stress correlated with depression, and “depression negatively affects sexual desire”, she says.

In addition to the everyday stressors brought on by the pandemic, the larger threat of the virus loomed, as death and hospitalisation rates increased across the globe. This ever-present danger certainly helped kill the mood for couples.

“You’ll hear sex therapists say something along the lines of, ‘Two zebras won’t mate in front of a lion’,” says Jamea. “If there’s a massive threat right there, that sends a signal to our bodies that now’s probably not a good time to have sex.” For that reason, “heightened stress leads to low desire or difficulty with arousal”, she says. 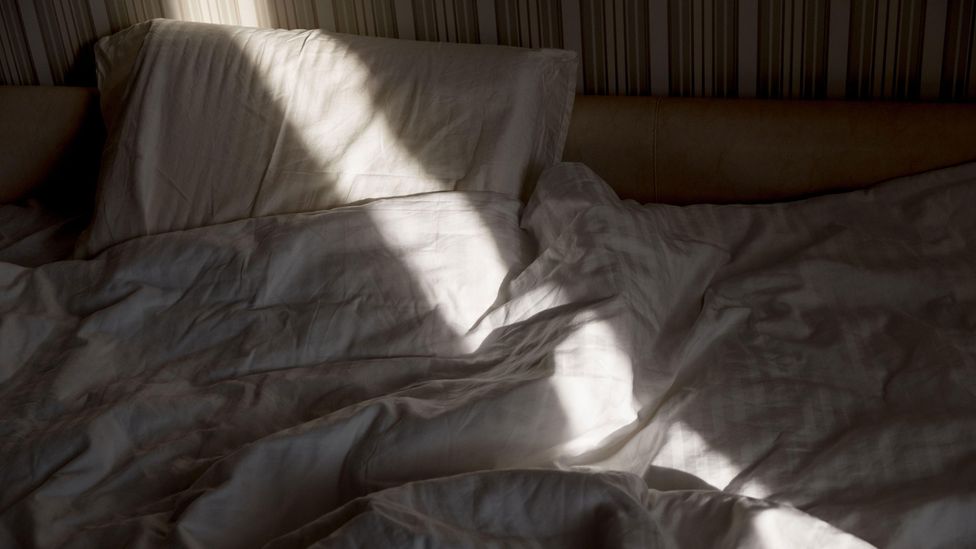 The multiple stressors of the pandemic have diminished partners’ desire to have sex (Credit: Alamy)

While Balzarini heard about couples taking daytime showers or mid-afternoon swims together at the start of the pandemic, those sexier-than-normal experiences eventually “lost their allure”, she says. They gave way to mounting daily demands, like messier homes, and couples started to nit-pick each other.

Lehmiller describes this as the “overexposure effect”,which provides opportunities for “little habits your partner has to start to get on your nerves”. (Balzarini recalls someone telling her they never realised how loudly their partner chewed until they started eating every single meal together during lockdown.)

This increased time together can also seriously dampen sexual excitement. “One of the keys to maintaining desire in a long-term relationship is having some sense of mystery about your partner and some distance,” says Lehmiller. “When you see each other all the time… the sense of mystery goes away.”

Separated from their pre-pandemic social and professional lives, people can also begin to lose their sense of self, which can affect sexual confidence and performance. Women especially have had to push careers to the side during the pandemic, as household chores, childcare and home-schooling demands have disproportionately fallen on them.

“That was really, really hard for a lot of women,” says Jamea. “[Careers] are such a big part of identity, and we bring everything that we are into the bedroom. If we don’t know who we are, all of a sudden, it can feel like there’s nothing to bring.”

Can we bounce back?

Sex isn’t necessarily doomed, however. Researchers at the Kinsey Institute suggested one specific behaviour to improve couples’ sex lives: shaking things up. One in five study participants tried something new in bed, and it helped revive desire and intimacy.

But for those in relationships where sexual activity dwindled over the past year and has not picked back up, will there be lasting damage? It depends, say experts.

Some may not recover “because they had such a prolonged… lack of connection”, says Lehmiller. His research also showed that some people cheated on their partners for the first time ever during the pandemic – an indiscretion that can be hard for partners to recover from. Others will continue to suffer from pandemic-related job losses as well as financial stressors that loom over relationships and can cause friction.

But, for many, there’s hope. With more people getting vaccinated, businesses are reopening, and some workers are returning to the office. “People are starting to fall back into their old routine,” says Jamea. She’s seeing the positive effects of this on couples in her practice.

Any sort of return to “normalcy” is a good indicator for partners whose struggles began during the pandemic. “It’s possible that some of these couples, once the pandemic is under control… will go back to the way that things were before,” says Lehmiller. “That stressor is now removed, and their sex lives will improve.”