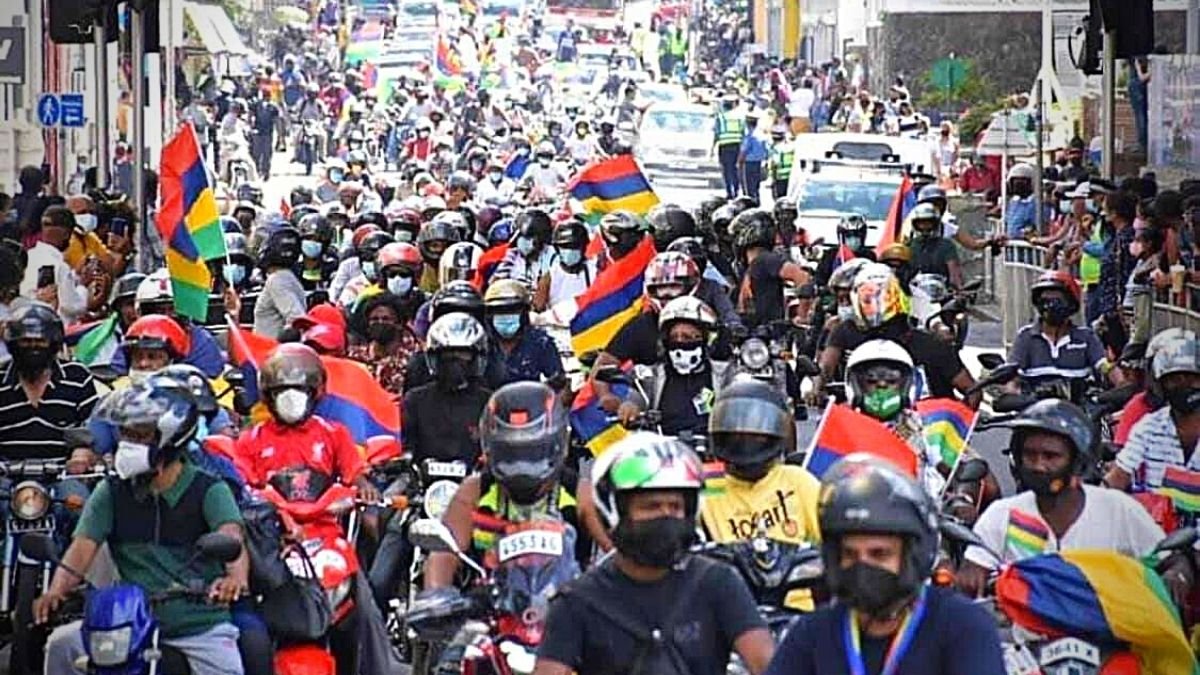 Thousands of protesters took to the streets to demonstrate against the government’s controversial amendments to the Independent Broadcasting Authority (IBA) Act in Mauritius’ capital Port Louis on Saturday, December 11.

The IBA Act has triggered national outcry, many describing it as a “dictatorial drift”.

Despite a ban against gatherings in the wake of the coronavirus pandemic,  thousands of protesters on Saturday drove through the capital city on their motorbikes and cars.

“We are the people. This law should be repealed. No to dictatorship,” protesters claimed, according to video footage on news sites and social media.

The Police had imposed over a dozen strict conditions prior to the event, including the prohibition to use banners/ flags, to disrupt traffic.

Brandishing with the Mauritian flag, protesters participated in the motor rally raising their voices against the law that, they claim, tightens rules on independent radio stations.

Opposition parties, civil rights activists, ex-regulators, media entities and academics consider the legislation to be an affront to media freedom.

As per the amended law, the broadcasting regulator may slap up to Rs500,000 as administrative penalities to radio stations.

There are also concerns on the creation of an Independent Broadcasting Review Panel (IBRP) whose three members will be appointed by the Prime Minister. The IBRP has received powers to enforce sanctions, notwithstanding any legal proceeding.

The duration of Private radio licenses has been dropped to one year instead of three years.

Radio stations can also be required to disclose their sources at the request of the government through the courts.

Opposition MPs suspended from Parliament after clash with Speaker