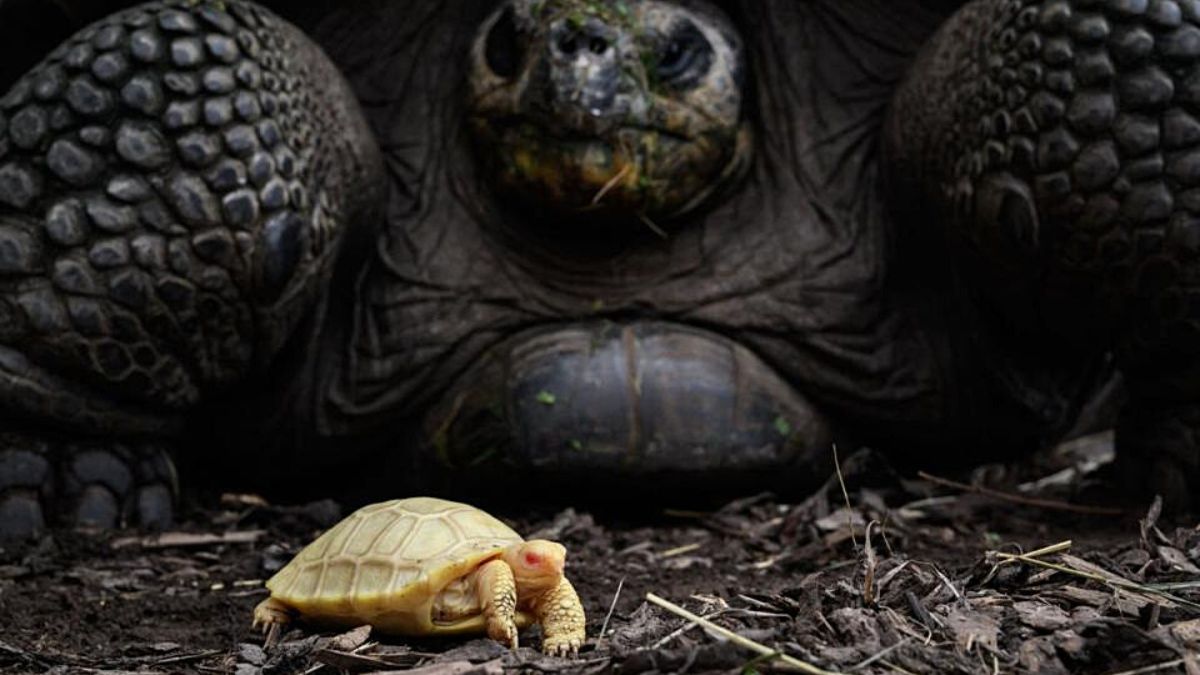 A new study has revealed that before human arrival, Indian Ocean were dominated by giant tortoises weighing about 200kg (440lb). The research, published last week in the journal Science Advances, assessed ancient DNA data from bones and museum specimens originating from Madagascar and neighbouring islands to reconstruct the evolution and extinction of these giant animals.

“Our study is part of new research that looks at the historical impact of humans on biodiversity,” study co-author Uwe Fritz from the Museum of Zoology in Dresden, Germany, said in a statement.

Tracing the evolution and spread of these creatures, researchers found that Madagascar, Aldabra, and the Seychelles were home to three closely related species of giant tortoises, two of which became extinct in the Middle Ages, a few centuries after Madagascar was colonised by humans.

These three species are not related to five other species that lived on Mauritius, Reunion, and Rodrigues, scientists said.

About 200 years ago, the Madagascar giant tortoises also disappeared after the arrival of the first humans on the islands.

“We often think that humans only started to wipe out species in recent times. But in reality, humans exploited local food resources and changed their environment early on,” Dr Fritz explained.

“As a result, many large animal species disappeared all over the world, including most of the giant tortoise species in the western Indian Ocean,” he added.

Human arrival on the island led to a “major disturbance” of the natural balance of species in the region, according to the study.

On the islands, the giant tortoises, which were originally numerous and weighed up to 200 kg, assumed the role of the mainland’s large animals, scientists say.

Citing an example, they say some tree species on these islands are currently under extinction threat since the giant tortoises have disappeared.

“This is due to the fact that the trees’ seeds could only germinate once their hard shells had been partially digested by the tortoises after having been eaten,” Dr Fritz explained.

“Since the disappearance of the tortoises, saplings have no longer been able to germinate. This shows that the loss of a species can trigger a fatal domino effect in the ecosystem,” he added.

Analysing DNA from small pieces of bone samples, researchers could isolate genetic material which suggests another extinct tortoise species – Astrochelys rogerbouri – existed on Madagascar which reached a “carapace length” of about half a metre.

“Radiocarbon dating of the bone revealed that this species lived on Madagascar as late as the Middle Ages and, like the giant tortoises, must have disappeared after the arrival of humans,” Dr Fritz said.

“Similar discoveries can certainly be expected in other groups of animals as well,” he added.

Mauritius slips down by one place in Global Passport ranking