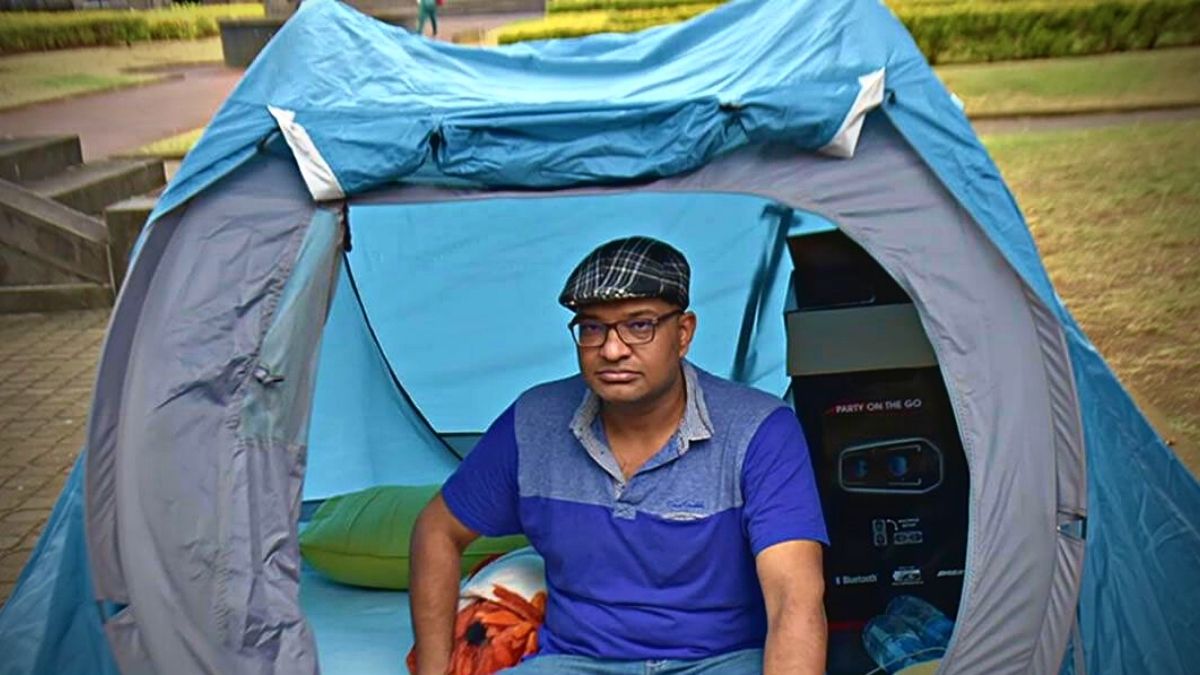 A Mauritius educator has started a hunger strike to protest against high fuel prices.

After spending the night on the pavements in Port Louis, Nishal Joyram was authorised by the Diocese of Port Louis to erect a tent in the yard of the Saint-Louis Cathedral as from this Wednesday 16 November.

“I’ll be on hunger strike until the government brings down fuel prices,” he told reporters.

Reacting to the hunger strike, Jayen Chellum, secretary of the Association of Consumers of Mauritius (ACIM), said Mauritius is one of the most expensive countries in the world in terms of fuel prices.

Chellum said the loss incurred by the State Trading Corporation (STC) was caused by the State dipping into the Price Stabilisation Account. He also denounced an “overtaxation” of petroleum products.

Mauritians have contributed about Rs 10.6 billion in the form of fuel taxes since 2018. From June 2021 to March 2022, the contribution from fuel taxes to finance the purchase of COVID-19 vaccines amounted to Rs 759 million.

A controversial Rs 2 levy on petrol to fund the purchase of COVID-19 vaccines has been imposed since 2021 when most of the vaccines were received as gift.

Several consumer rights associations and political parties have called to remove this contribution, but in vain.

Mauritius woman gives birth to a baby boy on a bus