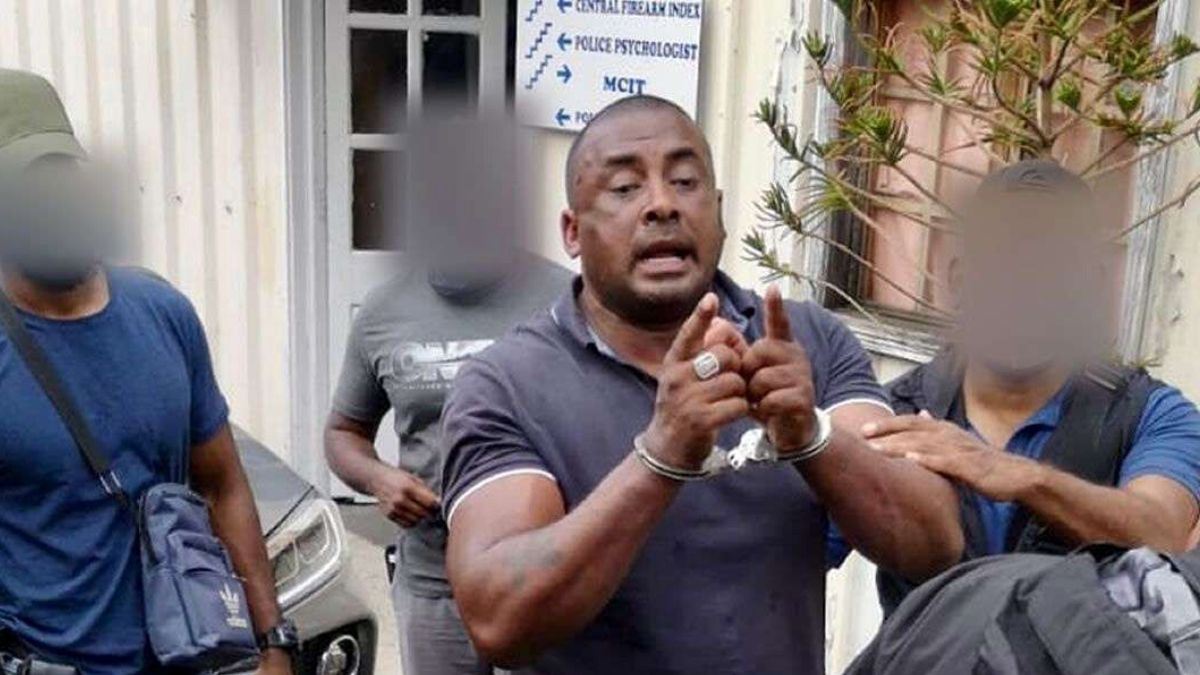 According to media reports, Laurette’s arrest was made by the team led by Assistant Superintendent of Police (ASP) Ashik Jagai after an operation in Petit Verger, St Pierre.

During the operation, a “large quantity of drugs”, two pistols and bullets, as well as Rs75,000 in cash were allegedly discovered in a house rented by Laurette.

Initial reports suggest that some 46 kgs of Hashish, worth Rs230 million, were seized as well as 700 grams of a Cannabinoid substance estimated to be worth Rs3.5million.

According to Police Press Officer Inspector Shiva Coothen, the activist did not show any resistance during his arrest.

One other person, said to be his son, was also arrested.

Lawyers Sanjeev Teeluckdharry and Anoop Goondary, who rushed to assist, were reportedly not given access to the activist, on grounds that they would also be quizzed in the matter.

According to Defi Media, Laurette was to be detained ‘in communicado’ – meaning no access to his lawyers fore 36 hours.

However, this would not be case, according to lawyer Shakeel Mohamed after he was authorised to meet Laurette.

“My client has rejected the accusations against him,” Mohamed told reporters gathered at the Line Barracks.

“My client said he has nothing to do with what happened… and nothing was found on him.”

The lawyer added that “what is happening is extremely serious”.

Bruneau Laurette reportedly confided to the lawyer that his car was parked in a place that was accessible to anyone.

Security has reportedly been stepped at the Police Headquarters – with several units of the Special Support Unit (anti-riot) said to be on high alert.

He denounced what he called “government repression”.

Laurette and his son were expected to be detained overnight at an undisclosed location.