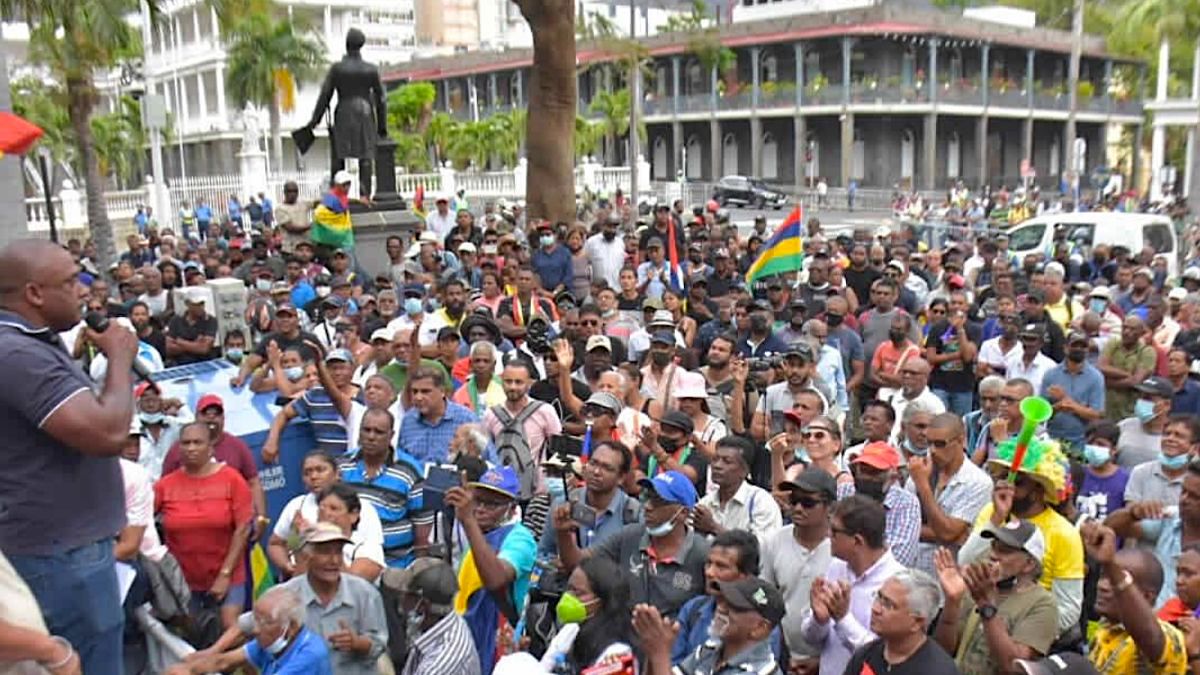 A couple of thousand people joined the demonstration organised by social activist Bruneau Laurette in Port Louis on Saturday.

During the demonstration, he spoke about several scandals: the Kistnen affair and the sinking of the MV Wakashio, among others.

The event was attended by Dr Navin Ramgoolam and other senior officials of the opposition Labour Party, Roshi Bhadain and members of his Reform Party as well as other minor movements.

Analysing the event, political observer Faizal Jeeroburkhan said it was far from the mobilization and enthusiasm shown in August 2020.

“It was a purely citizen’s movement without the participation of politicians. Unfortunately, the rally on Saturday suffered from several shortcomings.

Divisions and quarrels among parliamentary and extra-parliamentary opposition parties were palpable,” he was cited as telling Defi Media.

Nonetheless, he said that Bruneau Laurette and organizers “managed to deliver” despite suffering from numerous difficulties.

“People are afraid of police brutality and Safe City cameras hanging like a sword of Damocles over their heads. The lack of response from the government to citizens’ claims has caused many people to lose hope. They simply prefer to follow the rally on social media,” he said.

Historian  Jocelyn Chan Low said Saturday’s rally cannot be compared to the MV Wakashio protest. “The main organizer of the August 2020 protest, which was Rezistans ek Alternativ, was not part of the event.

The rally has once again exposed trouble between the leaders of the Entente de l’Espoir and the Labour Party.

Labour’s support to the activist has reportedly “irritated” some leaders of the Entente de l’Espoir.

“The Labour Party is aware of our conflicting relations with Bruneau Laurette and they support him anyway,” an unnamed leader of the group was cited as telling Defi Media.

The MMM, PMSD and Nando Bodha are regularly criticized by Bruneau Laurette for being passive politicians.

Questions are also being raised on another rally that was being planned to Constituency No.8 (Moka/Quartier Militaire) – PM Pravind Jugnauth’s constituency.

Ivory Coast to Mauritius: Let’s do some business together