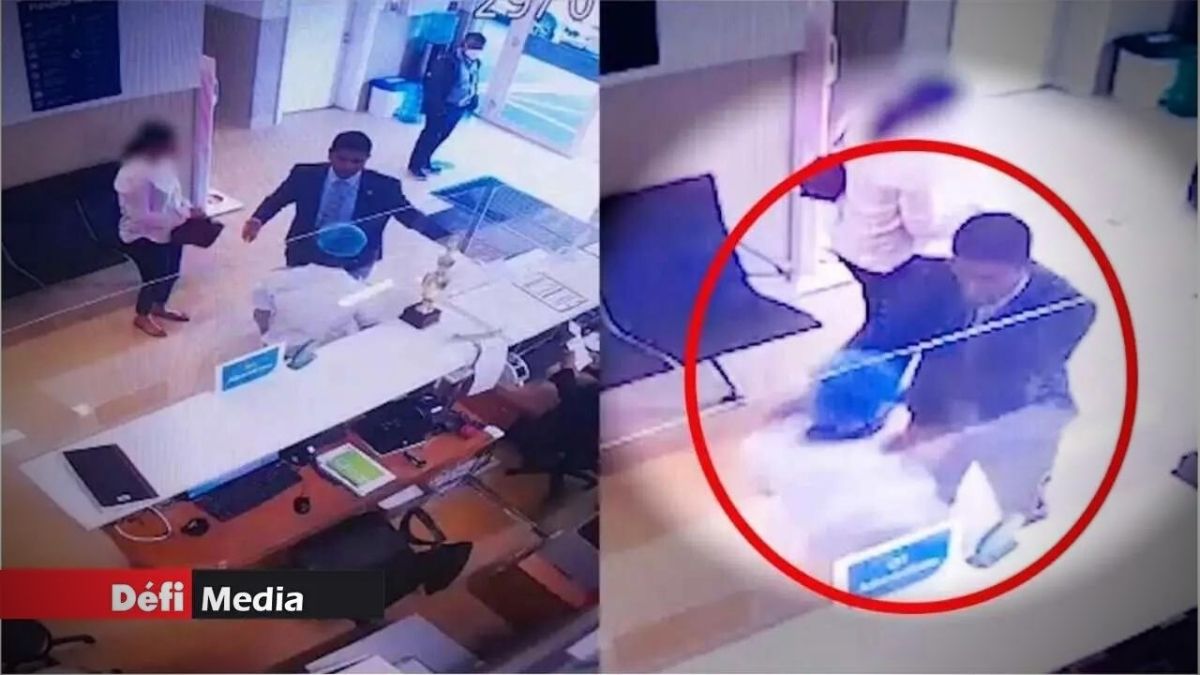 It’s the talk of the town: Government MP Kenny Dhunoo (also Government’s Deputy Chief Whip) has come under fire for violently pushing a male nurse at the Wellkin Hospital (ex-Apollo Bramwell) in Moka.

The nurse, who reportedly asked the MP and a woman to go through the triage process, was seen as being disoriented and sitting in a corner seconds after the incident.

The viral video, an extract of the CCTV footage at the Emergency Unit, was released by Defi Media during a peak-time programme.

The incident reportedly happened on July 29. The MP was seen as entering the Emergency unit of the facility, accompanied by a woman – said to be his wife.

After showing a paper to the receptionist, he was approached by the nurse – an Indian national. A few seconds later, Kenny Dhunoo was seen as violently pushing the nurse.

According to media reports, the male nurse sent a letter to his management to denounce this assault. He reportedly narrated that the MP allegedly refused to go to through triage as was required by the hospital’s protocol and abused the usher.

The incident has sparked popular outcry, with thousands denouncing that healthcare workers should never be hit no matter the circumstances.

Defi Plus reported that pressure has been exerted on the nurse not to report the matter to the police.

Trade unionists, including United Federation of Workers (UFW) President Atma Shanto, have claimed that the assault was a serious offence and Police should intervene.

But, police spokesperson Shiva Coothen said no police statement had been recorded on the matter.

In a backstory also shared online, it is claimed the MP was also behind the suspension of a long-serving journalist at the Mauritius Broadcasting Corporation (MBC), the State-owned national broadcaster.

The journalist, Manisha Jooty, had reportedly refused from interviewing the MP in relation to special report on the Metro Express project.

Kenny Dhunnoo is currently in India.

Will Mauritius team up with other African countries against Moody’s?

UK supports Chagossians, to resume visits to their homeland