Jubilee to sell stakes in Mauritius unit for Rs102million
Advertisement 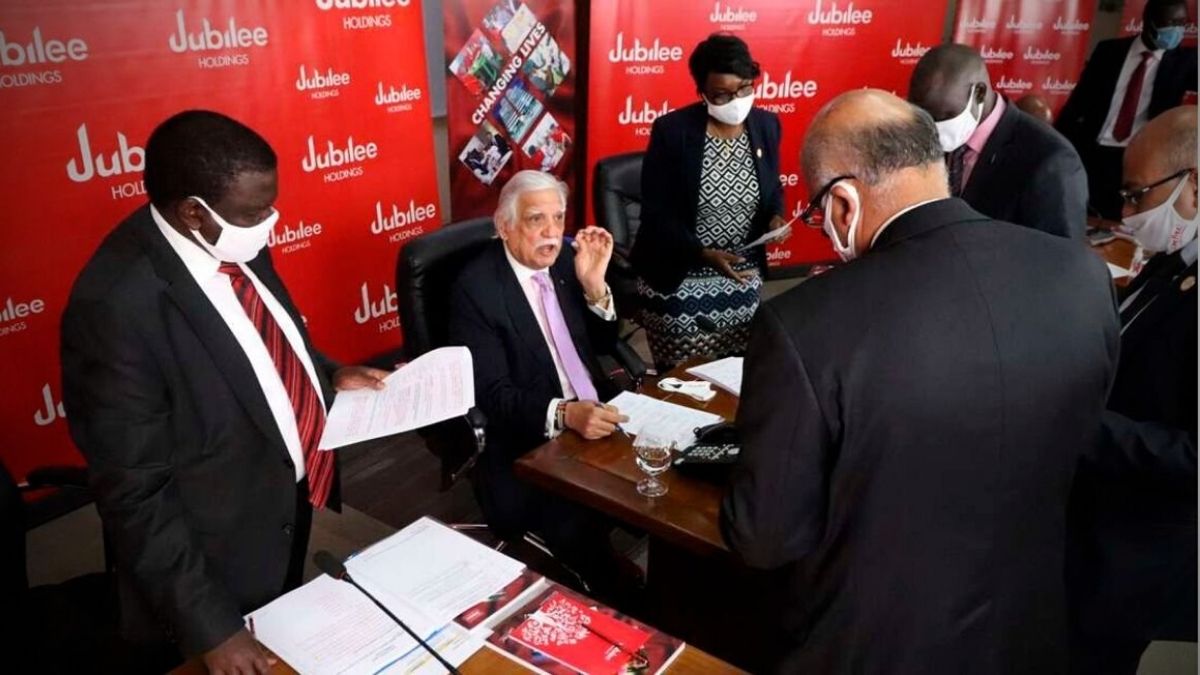 Jubilee Holdings chairman Nizar Juma (seated) with the board of directors during the insurer’s 83rd AGM in Nairobi. PHOTO | DIANA NGILA | NMG

Jubilee Holdings is set to receive Rs102million from the sale of a 54.15% stake in its Mauritian subsidiary to insurance giant Allianz SE, with the transaction expected to be completed next month.

According to a report by Business Daily Africa, Allianz will acquire a total stake of 66% in Jubilee Insurance Company of Mauritius Limited, buying additional shares from Aga Khan Fund for Economic Development SA (AKFED), which will sell its ownership of 11.85%.

“We expect to close the Mauritius transaction in September. For Jubilee, the total consideration is Sh270 million (approx. Rs102million),” Nizar Juma, chairman of Jubilee Holdings, which is listed on the Nairobi Securities Exchange, was quoted as saying.

The insurer currently owns 88.15% of the Mauritian subsidiary and its stake will drop to 34% at the conclusion of the transaction.

The deal is the last among a series of Jubilee’s partial divestiture in its general insurance businesses including those in Kenya, Uganda, Tanzania, and Burundi which have been completed.

The company in 2020 started the process of selling stakes ranging from 51% to 66% in its general insurance subsidiaries in the various markets to Allianz for a total of Sh10.8 billion (Rs4.1billion).

Jubilee will have received a total of Sh7.75 billion (Rs2.95billion) once the Mauritius deal is completed.

Mauritius allows insurers to invest half of technical provisions outside island