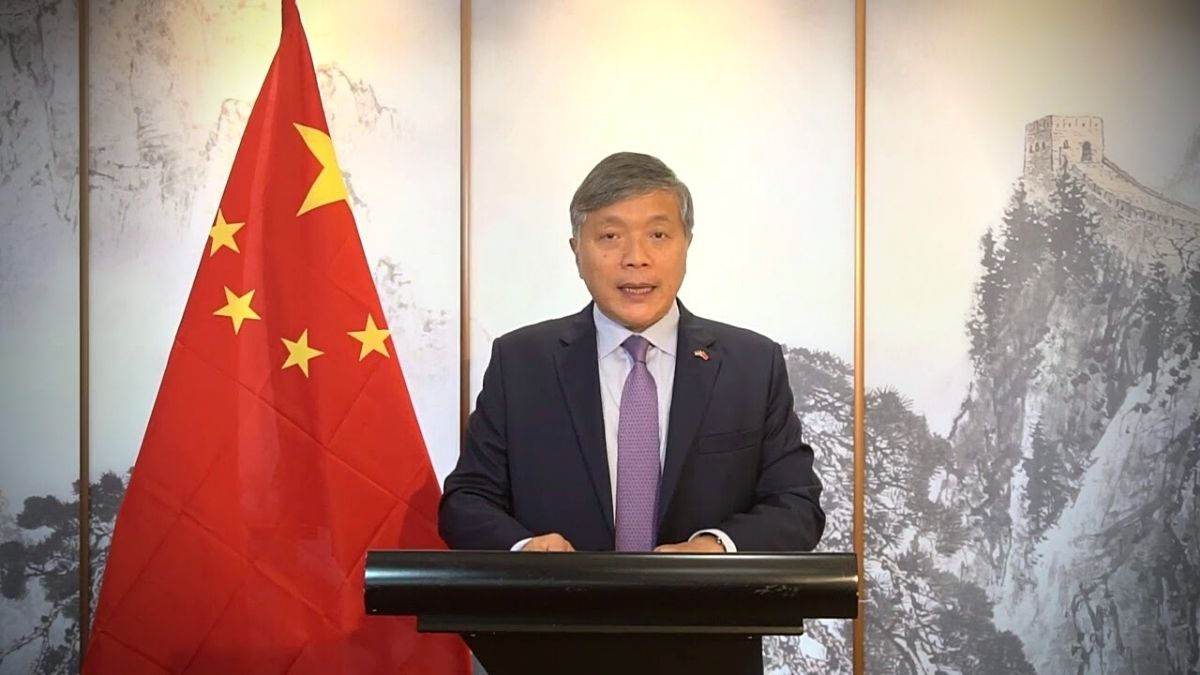 As suspicions and allegations run rife that global tech giant Huawei spied on internet through its equipment, the Chinese ambassador to Mauritius, Zhu Liying has urged “not to create a foreign enemy to solve a domestic problem.”

Speaking on Radio Plus on Wednesday, Ambassador Zhu Liying reacted to allegations of espionage by Huawei, fuelled by Mauritian Minister for National Infrastructure Bobby Hurreeram and several local and Indian media.

Some of these media went on to accuse the ex-CEO of Mauritius Telecom, Sherry Singh as “facilitating China’s interests in the Indian Ocean region by allowing Huawei to create a strong presence in the telecom sector in Mauritius.”

“Singh is reported to have gone out of his way to implement bidding processes that have boosted Huawei’s interests in Mauritius. The company has close links with the Chinese government and has been banned in several countries including India, US, UK, Australia and Canada due to security reasons. (…) Singh’s nexus with the Chinese telecom giant could have direct implications on India’s national security as well, a report by Hindustan Times noted.

During the exclusive interview with Radio Plus’ Jean-Luc Emile, Ambassador Zhu Liying insisted that Mauritius is wrong to accuse Huawei.

He was referring to what seems to have become the Mauritian government’s new line of defence against the allegations of “sniffing” conducted by an Indian tech team – allegedly from Research and Analysis Wing (the foreign intelligence agency of India) – at the Baie du Jacotet Landing Station.

Singh resigned after the incident, claiming that the he had been forced by Mauritius PM to give access to the Indian team to the high-security facility that houses the SAFE Cable.

Minister Hureeram had alleged on TopFM on July 29 that there were concerns that Huawei could have installed some kind of spyware and monitoring internet traffic through Huawei equipment.

“And when think again that the ex-CEO of Mauritius Telecom handed over our country, tied our hands and feet to Huawei and almost 100% of our equipment were purchased from one supplier, it is normal that, as a responsible government, we conduct relevant verifications. There is nothing sinister in this,” he had said.

According to the ambassador, China and Huawei have been the target of Western countries for a long time because “they do not want to see a Chinese hi-tech company as being the world’s No.1.”

Despite all the accusations, Zhu Liying said that there is no evidence that the company was a problem to the national security of these countries or, even, has committed any act of corruption.

He added that countries, “when they do not find solutions to their domestic problems”, will look for scapegoats outside, and “this often results in the ‘demonization’ of China and Huawei.”

The recent remarks in Mauritius, he added, have hurt China. “We want Mauritius to continue this good policy of friendship and traditional cooperation with China.” The ambassador said there is no problem at the diplomatic level and that the collaboration between the two countries will continue.

“But it is not for me to close this case. It’s up to the Mauritian side. I’m doing everything to defend the interests of my country. Everyone does their job.”

The Mauritius government has launched an investigation into Singh’s conduct for possible offences pertaining to the breach of the country’s Information and Communications Technologies Act, spreading false news and for criminal defamation.

As of Wednesday afternoon, no Government official had publicly responded to the Chinese envoy’s statement.