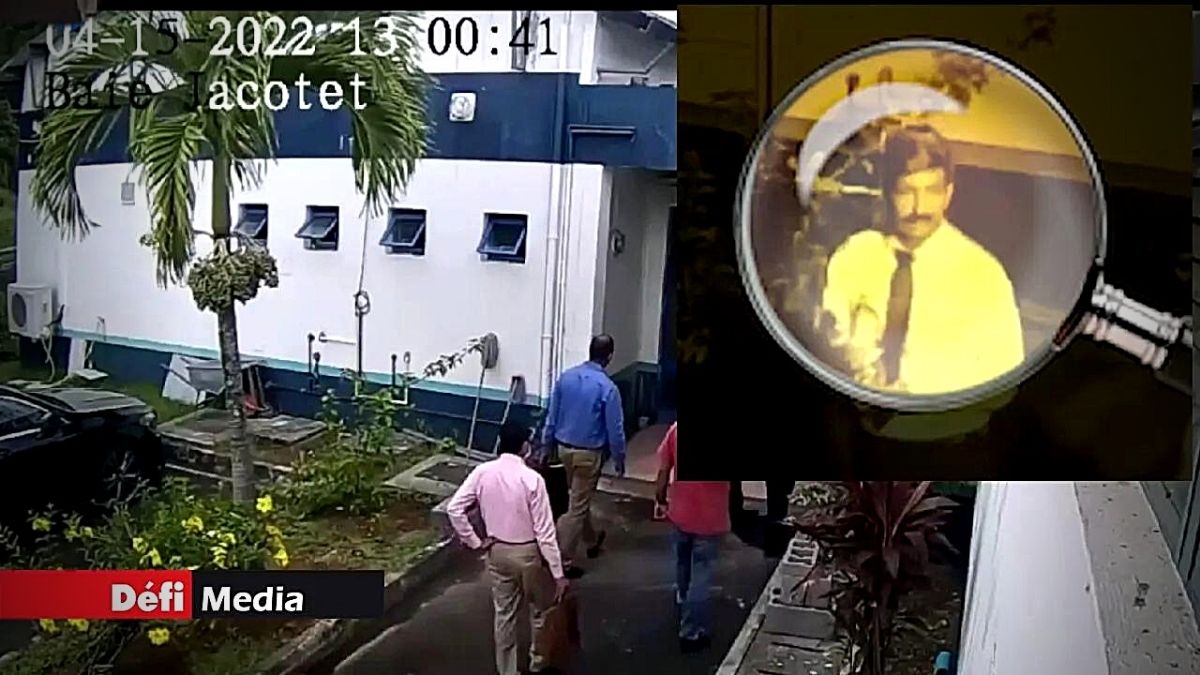 During a Facebook live hosted by Defi Media on Friday evening, several “documentary evidence” – including CCTV footage as well as an email from ex-CTO Girish Guddoy to Michel Degland, acting boss of MT – corroborated that a Indian IT team conducted physical interventions on internet traffic facilities at the Baie du Jacotet station on April 15.

In the email, Guddoy – who resigned this week – stated that “the survey was carried out using their tools whereby they connected to several Internet links that we have on SAFE cable, and they did a two-minute data capture on each of those links”.

These interventions were described as “data captures”- which according to former MT CEO Sherry Singh, IT experts Noor Soormally and former Chairman of the Information and Communications Technologies Authority (ICTA) Ashok Radhakeesoon – are tantamount to “sniffing” and “illegal.”

During the program seen live by a record 110,000 viewers, Sherry Singh accused Prime Minister Pravind Jugnauth of having “lied and betrayed his country and his people”.

Singh also provided a 4-page Powerpoint presentation on how the data capture was allegedly conducted.

The equipment used by the Indian technician was allegedly first connected to the SAFE cable equipment and not to that of Mauritius Telecom.

The first two sniffing attempts on the equipment linked to the cable reportedly failed.

However, the Indian technicians allegedly succeeded in their third attempt to connect with the links between the two panels.

Data capture was then allegedly effected for two minutes per link.

According to Singh, there are 47 links on the panel.

Jugnauth soon to kick off nationwide ‘mobilisation’ of MSM troops