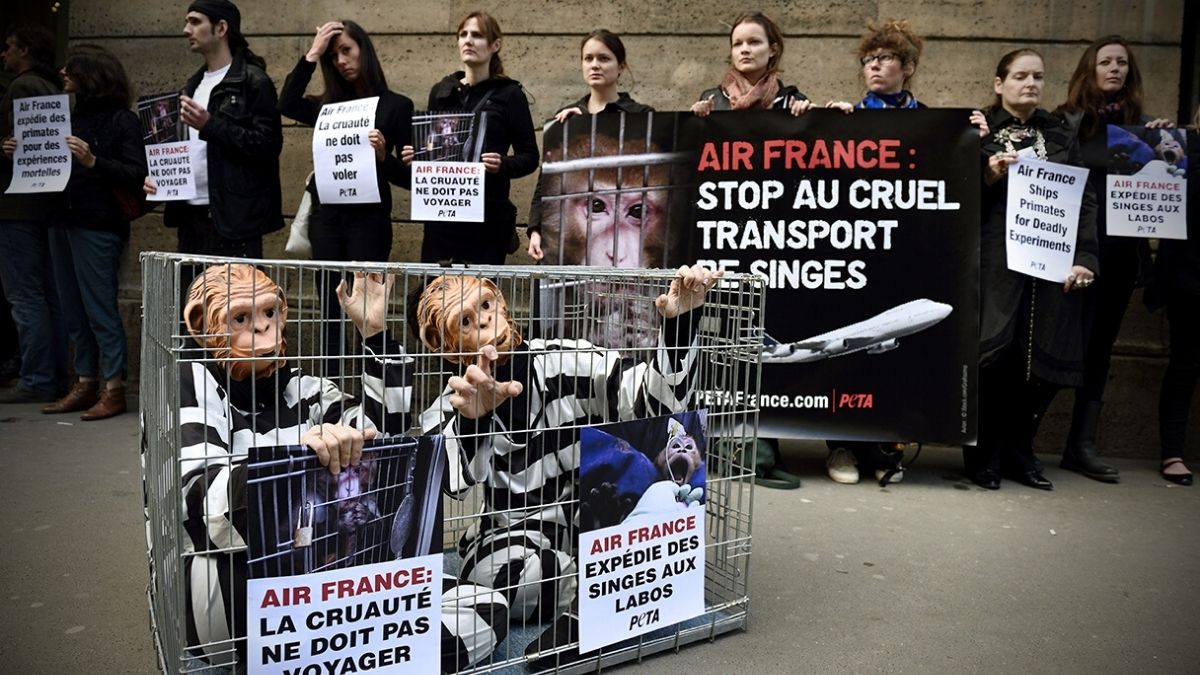 Members of People for the Ethical Treatment of Animals demonstrate against Air France’s shipments of nonhuman primates for biomedical research in 2015 in Paris.ERIC FEFERBERG/AFP VIA GETTY IMAGES

Air France has announced it will stop transporting primates from Mauritius to American labs for biomedical research. Air France was the last major airline still carrying primates as cargo, as other companies have increasingly refused to do so over the past two decades.

Demand for monkeys has risen in recent years, with COVID-19 research adding to the crunch. And as airlines have dropped out, the dwindling supply of monkeys is often transported by chartered aircraft.

Air France’s ban will come into effect “as soon as its current contractual commitments with research organizations come to an end,” which Leech expects will be before the end of the year.

Air France’s about-face will have the biggest impacts in the United States and Europe, the leading importers of primates— mainly for research.

The airline transports many monkeys from Mauritius, which in recent years has become one of the world’s main suppliers, having established breeding colonies of long-tailed macaques that were brought to the island as pets but became an invasive species.

“Ultimately, the way to get around this problem is to breed them locally” in the countries where monkeys are needed, Leech said.

Mauritius inflation down to 9.6% in June