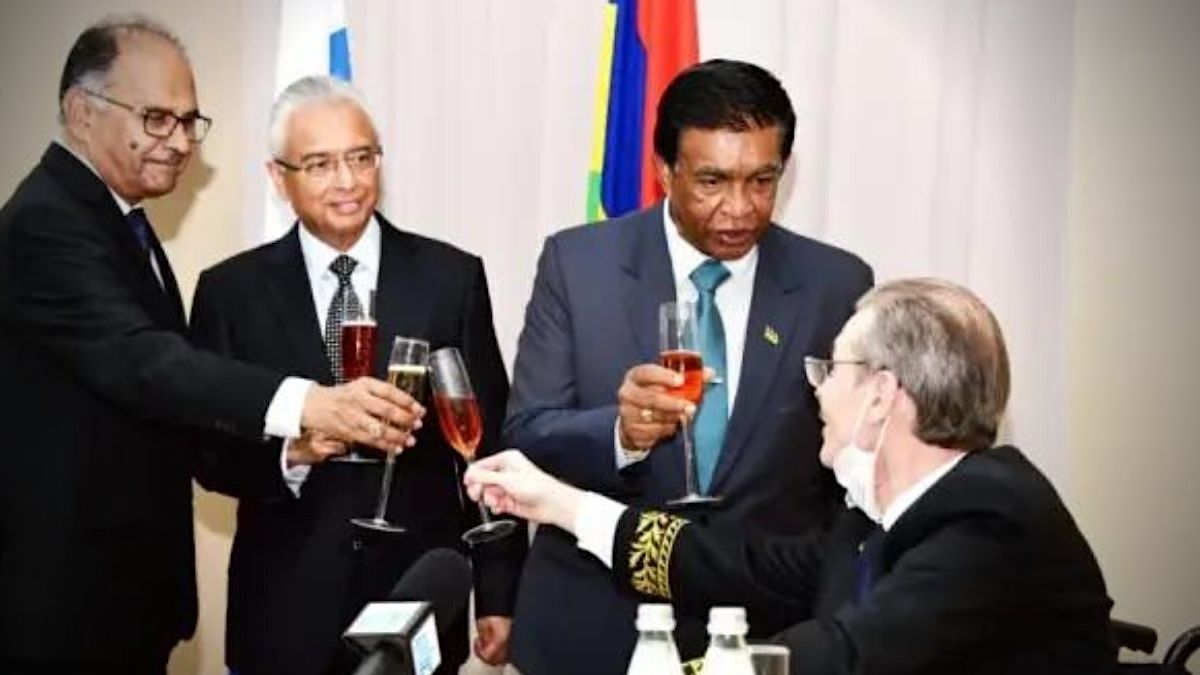 Russian Ambassador Mr Konstantin Klimovskiy hosted a  reception to celebrate the National Day of Russia on 12 June. The event was held in the presence of the President of the Republic, Mr Prithvirajsing Roopun, PM Pravind Jugnauth; the Speaker of the National Assembly, Mr Sooroojdev Phokeer; several Ministers and Members of the Diplomatic Corps.

In his address, Ambassador Klimovskiy recalled that even if the year 2021 turned out to be difficult due to the ongoing coronavirus pandemic in the world, measures were promptly taken by the Government of Mauritius to control the spread of this dangerous disease as well as to significantly limit the consequences through the introduction of severe sanitary measures.

Speaking about the bilateral relations between Russia and Mauritius, Mr Klimovskiy outlined some assistance given by Russia, namely: the provision of some 120, 000 doses of the first and second components of Sputnik V vaccines against COVID-19; the signature of a Memorandum of Understanding as regards fisheries in September 2021.

Other agreements in tourism, sports, and higher education sectors are being finalised.

In addition, he expressed hope that this bilateral cooperation will be further strengthened next year when the 55th anniversary of the establishment of diplomatic relations between the two countries will be celebrated.

Speaking of the ongoing war between Russia and Ukraine, the Russian Ambassador underlined that Mauritius will become more resilient in the face of a serious economic crisis in the world by means of a thoughtful economic policy.

Ambassador Klimovskiy highlighted that Russia extends its hands of friendship to Mauritius and expressed hope for “mutually beneficial relations between Russia and Mauritius as regards cooperation and progress.”

President Roopun offered a toast to the prosperity of the people of Russia while Mr Klimovskiy toasted to the happiness and prosperity of Mauritius.

Rs1,000 to all employees: A ‘political fraud’, claims Labour MP