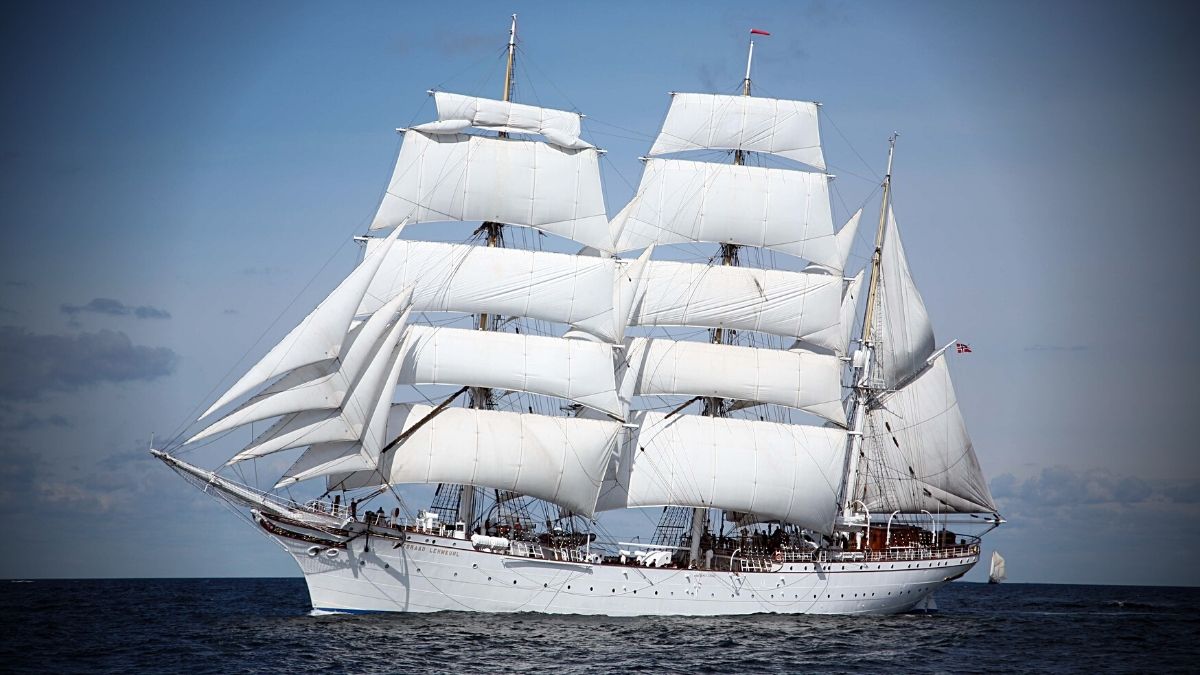 The Statsraad Lehmkuhl, a Norwegian tall ship which is on a world tour in a bid to raise awareness on the state of world’s oceans, will come to Mauritius on 02 December 2022.

The Norwegian Embassy is currently working on a programme for the visit of this tall ship in Port Louis harbour.

Th is was announced by newly appointed Ambassador of the Kingdom of Norway, Mr Haakon Einang Gram-Johannessen to Mauritius, following a courtesy call he paid on Prime Minister Pravind Jugnauth.

Ambassador Gram-Johannessen said the two countries have excellent bilateral relations, adding that it is the ocean that binds both countries together despite being geographically far apart.

Mr Gram-Johannessen, who holds a Master in Law from the University of Oslo, was previously Director of the Section for Latin America at the Ministry of Foreign Affairs of Norway since 2018.

Statsraad Lehmkuhl is a three-masted barque rigged sail training vessel owned and operated by the Statsraad Lehmkuhl Foundation. It is based in Bergen, Norway and contracted out for various purposes, including serving as a school ship for the Royal Norwegian Navy .

It was built in 1914 by Joh. C. Tecklenborg ship yard in Geestemünde as a school training ship for the German merchant marine under the name Grossherzog Friedrich August.

After the First World War the ship was taken as a prize by the United Kingdom and in 1921 the ship was bought by former Norwegian cabinet minister Kristofer Lehmkuhl (hence the name, which means “Cabinet Minister Lehmkuhl”).

Except during the Second World War, when she was captured and under the name of Westwärts used by German forces, the ship belonged to Bergens Skoleskib from 1921 until donated to the Foundation in 1978.

In 2000, she was chartered by the German Navy while their Gorch Fock was overhauled.

In 2019 the ship was upgraded from diesel to hybrid power by Kongsberg (Rolls-Royce Commercial Marine), whereby a 370 kWh battery bank is charged while the ship is being powered by the wind, and can be used to drive the ship’s propellers when the sails no longer provide sufficient power, reducing the need to rely on the ship’s diesel engine.

The batteries are also used to provide energy for the ship’s instruments, lights and galley.