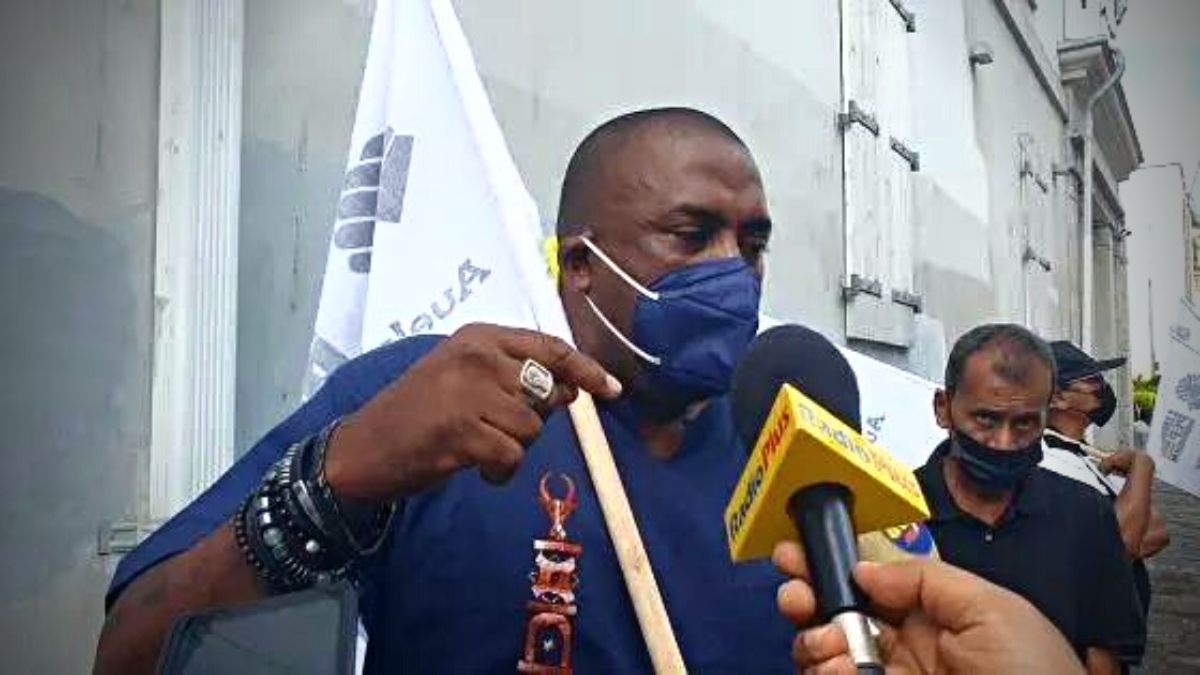 Social activist Bruneau Laurette made a strong appeal to the parliamentary opposition to join a ‘Fuel Strike’ scheduled as from Monday May 19.

Demonstrating against the new rise in fuel prices in front of the Prime Minister’s Office, Laurette severely criticised the government for being disconnected with the realities of the people.

“They are increasing prices so that they can drop them for the budget. They think we are ATMs.”

He also hit at the Mauritius Investment Corporation (MIC) for dishing out billions of rupees to conglomerates and hotels that buy commodities at the same price as the common man.

“They refuse to help the poor but they roll out the red carpet for the rich?”

The activist also hit opposition MPs: “Stop fooling the people and pretend to be working for us. You are being paid by public money. Either you refuse to pocket your Fuel Allowance or you join the ‘Fuel Strike’ as well.”

He said the country now needs people “who think, and who think in a humane manner.”

According to him, the government should give each modest family a QR Code with a ceiling of Rs 25,000 that they can use it in supermarkets when buying basic commodities.

“It will then be up to the store to claim the money from the government and the amount should be deducted from tax.”