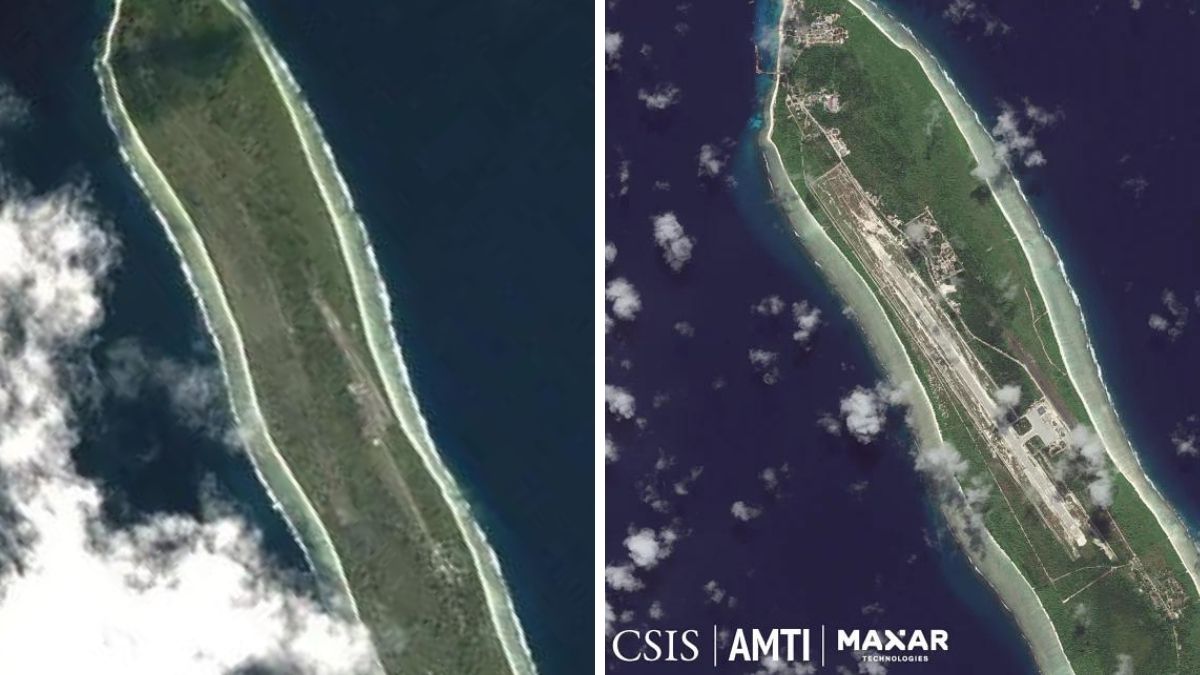 New satellite imagery dated 20 April 2022 have reportedly shown that hangars large enough to house the Indian Navy’s P-8I submarine-hunting aircraft are under construction next to the newly-built runway in Agalega.

However, Mauritian government has brushed aside such claims, defending that the infrastructural development projects would remain under its control.

Over the last few years, a 10,000-foot runway and a jetty have been constructed on the island, which is located over 1,100 kilometre north of the main island of Mauritius.

India signed an agreement in 2015 to develop the runway and jetty. Both countries maintain that the upgrades are mainly for the benefit of Mauritius, which will surely benefit from improved logistics and maritime patrol capabilities on the island.

But in 2018, Mauritius’s PM Pravind Jugnauth also said India would be allowed to use the facilities “subject to prior notification” of Mauritius.

India has also pursued maritime engagement with Mauritius through other measures. In February 2021, India extended $100 million in credit for the procurement of defense assets by Mauritius and inked a deal to provide Dornier aircraft and Dhruv helicopters.

And in March of this year, Mauritius was admitted as a member of the Colombo Security Conclave, a regional grouping focused on maritime security that consists of India, Sri Lanka, and the Maldives, with Seychelles and Bangladesh participating as observers.

The hangars “measure 180 feet long and 200 feet wide — big enough to house large military aircraft such as India’s P-8I Poseidon, which measures 123 in length and has a wingspan of 126 feet,” the Asia Maritime Transparency Initiative of the Washington DC-based Center for Strategic and International Studies has reported.

This development seems to go along the line of what maritime security experts have long suspected — India plans to deploy its P-8I long-range surveillance aircraft on the island.

China has been rapidly expanding its presence in the western Indian Ocean. Apart from building its first foreign military base in Djibouti, it has invested heavily in infrastructure in Africa, particularly ports.

Many of these ports are located on the eastern coast of Africa, which lies in the western Indian Ocean, and could turn into Chinese outposts in the future.

Earlier this week, India deployed one of its P-8I aircraft at the La Réunion Island in the southern Indian Ocean on a five-day mission to undertake coordinated surveillance with French Navy warships in the region.

With inputs from Asia Maritime Transparency Initiative / Center for Strategic and International Studies, swarajyamag.com and bharatshakti.in

Mauritians to join ‘biggest global Marxist event of the year’