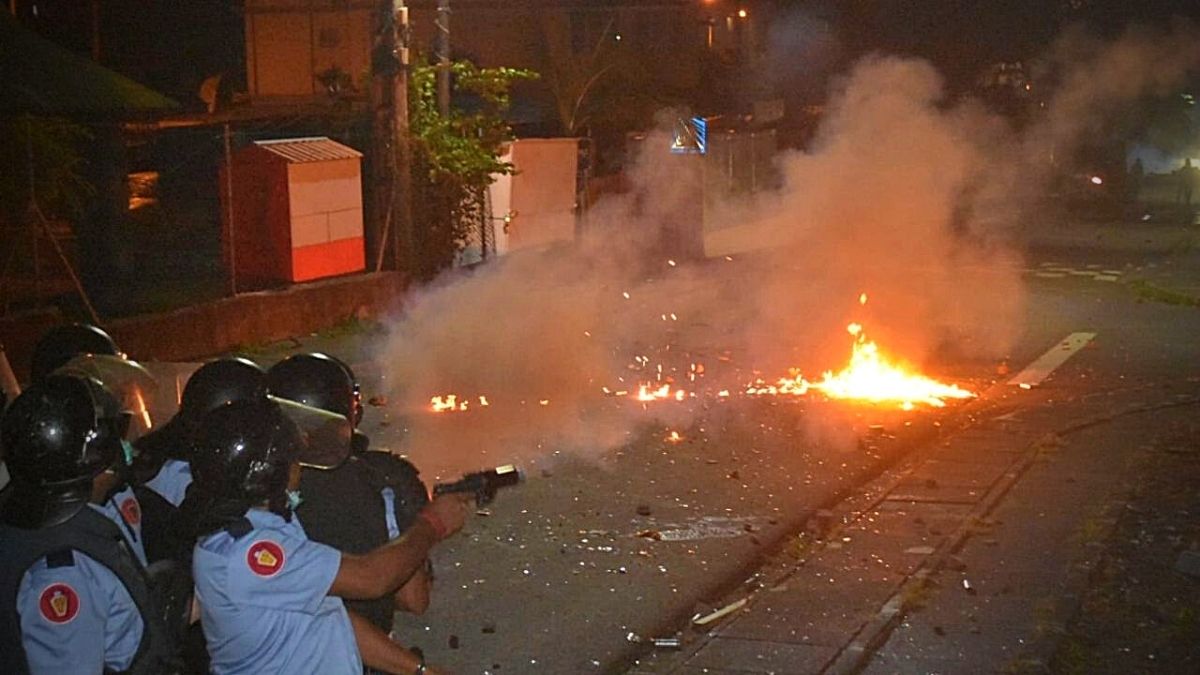 New protests broke out in Mauritius’ capital city Port Louis and Camp Levieux, a suburb about 15kms away on Friday afternoon.

The protests were sparked by the arrest of social activist Dominique Deeseeal, popularly known as Darren Activist in the aftermath of an anti-government protest in Camp Levieux on Wednesday contesting a sharp rise in fuel and gas prices.

Demonstrations kicked off at Camp Levieux during the day after it became known that the activist had allegedly been brutalized during his arrest.

Hundreds started amassing in front of the Police headquarters in Port Louis where the activist was eventually transferred.

After hours of tense verbal confrontation, Police charged with tear gas after one hostile protester forced into a police barricade at the entrance of the Police headquarters.

The crowd dispersed rapidly but retaliated by throwing rocks on officers of anti-riot police.

Simultaneously, another group of protesters at Camp Levieux threw projectiles, Molotov cocktails and firecrackers at anti-riot and paramilitary police gathered near the local police station.

At 11:30 p.m., groups of people had gathered all over the region. Protesters had set two large fires, presaging an escalation of violence.

Paramilitary soldiers of the Special Mobile Force and military tanks were being called in to support Anti-riot police.

Speaking from India earlier during the day, PM Pravind Jugnauth had warned against holding any demonstration that would jeopardise law and order.

“That is unacceptable because a handful of people cannot disrupt law and order in the country,” he cautioned.

Activist Darren had in the meantime been transferred to the Alcatraz High Security prison, meant for criminals.