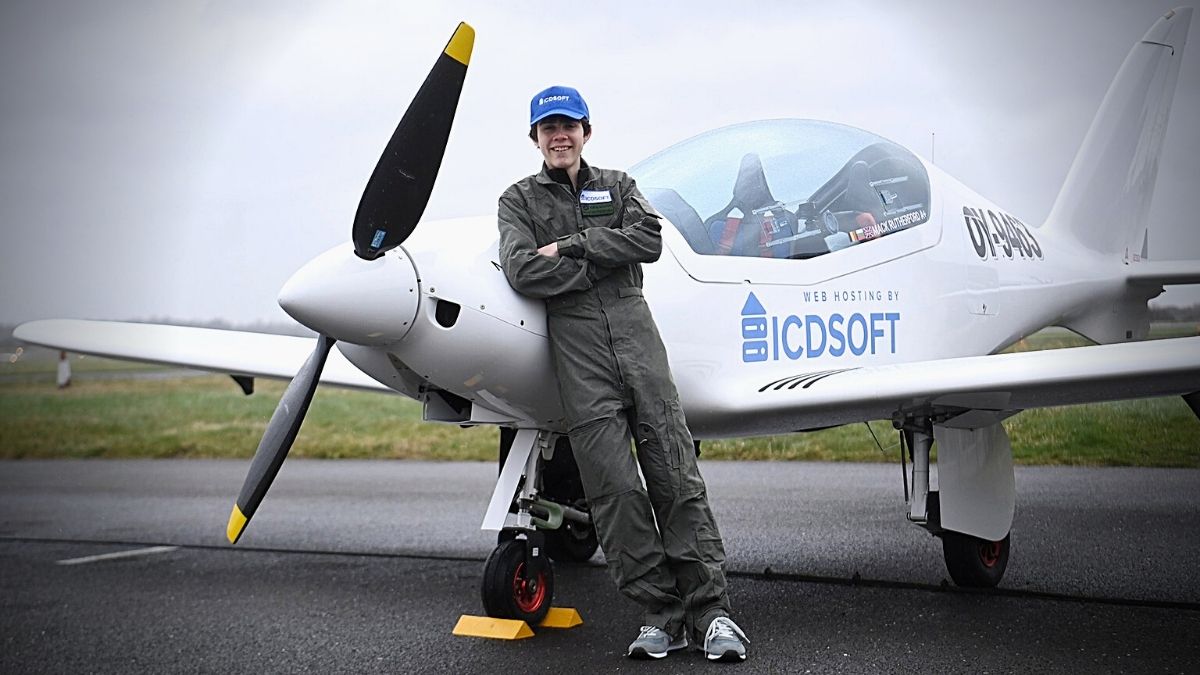 British-Belgian teenager Mack Rutherford, 16, has just taken off from Sofia, in Bulgaria in an attempt to become the youngest person to fly around the world solo and also beat a record set by – his big sister.

His sister, Zara, became the youngest woman to fly around the world, and completed her circumnavigation of the globe back in January this year.

Mack will head to Cagliari on Sardinia and from there he will fly to Africa – visiting Congo, Madagascar and Mauritius.

He is expected on the island around 16 April – unless delayed due to bad weather. The next day, he will be heading to Rodrigues before coming back to Mauritius on 18 April.

Mack is flying a Shark, a high performance ultralight aircraft manufactured in Europe. It has a cruising speed reaching 300 km/h. The aircraft has been especially prepared for such a long journey.

Next he will head north to the Seychelles, UAE and further to India, China, South Korea and Japan. From there he will fly to Alaska and continue along the west coast of America to Mexico. Then he will head north again along the east coast to Canada, he will cross the Atlantic, stop in Iceland, the UK and finish his journey in Sofia.

Mack said: “I have been fortunate to have had a family that has been able to help me progress in my flying. But no matter what background you have I believe it is never too early to work towards your dreams and you shouldn’t limit yourself by others’ expectations.”

Mack has wanted to be a pilot since he was three and qualified for his pilot licence in September 2020. At the time, this made him the youngest pilot in the world at the age of 15 years and two months.

Mack has flown hundreds of hours with his dad, who is a professional pilot. The flights included two Trans-Atlantic crossings. Since he became a pilot, he has been planning his solo flight around the globe.

If successful Mack will become the youngest person who circumnavigated the world solo in an aircraft. This title is held currently by Travis Ludlow who was 18 at completion of his attempt last year.