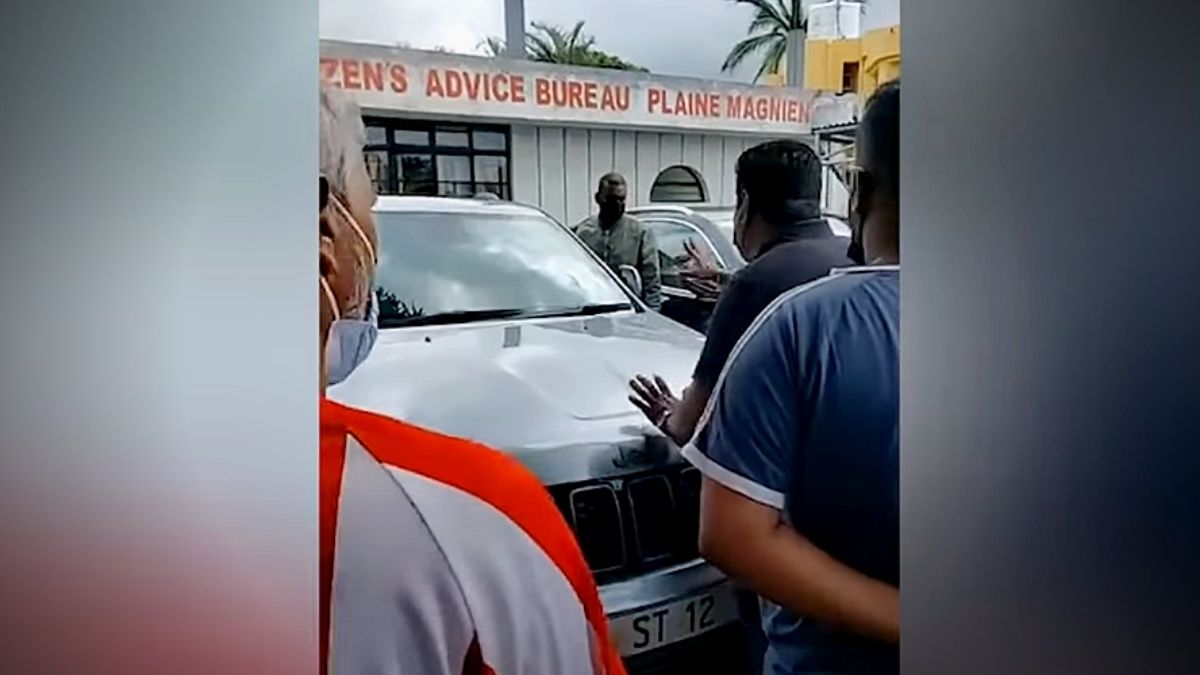 An angry crowd of residents of the southern village of Plaine Magnien, including village President Nazim Gurib, reportedly booed and taunted ministers Bobby Hurreeram and Stephane Toussaint on Wednesday.

This incident, according to media reports, happened after a meeting organized by the Ministry of National Infrastructure at the village’s CAB office (Citizens Advice Bureau) in the aftermath of the recent flash floods which affected around fifty families in the region.

Residents, said to be tired of living through the same ordeal each time there are heavy downpours, “expressed their anger” as the two ministers, who are also MPs for constituency no. 12 (Plaine- Magnien/Mahébourg), returned to their vehicle after the meeting.

Police officers reportedly had to intervene so that the ministers’ cars could leave the CAB office premises.

Footage of the scene has gone viral.

Gurib was cited as denouncing that as, president of the village, he was not invited to the meeting while “political agents” close to the MSM-ruling party were present.

However, a spokesperson of the Ministry of National Infrastructure reportedly refuted the allegations, claiming it was a “purely technical meeting” comprising officers from the National Development Unit (NDU), Land Drainage Authority, the Chief Executive of the Grand Port District Council, among others.

Gurib reacted that several roads and yards of the village were still flooded.

“They built an SME Park on a wetland and obstructed a canal. This is why the area is under water. I’m the President of the village, it’s my duty and role to raise issues of the village,” he said.

Reacting to the video, Minister Hureeram claimed the mob was politically motivated.

Opposition MPs Ritesh Ramful and Osman Mahomed had questioned the construction of the SME Park in Parliament on Tuesday.

l’Express reported that the organiser of the meeting at Plaine Magnien CAB, Mitreshwar Aubeelack, has filed a statement at the local police station against Gurib and three other inhabitants for ‘disturbance’.

PM: Mauritius to remain in control of Agalega’s airstrip and jetty