The macaque monkeys of Mauritius: an invasive alien species, and a major export for research
Advertisement 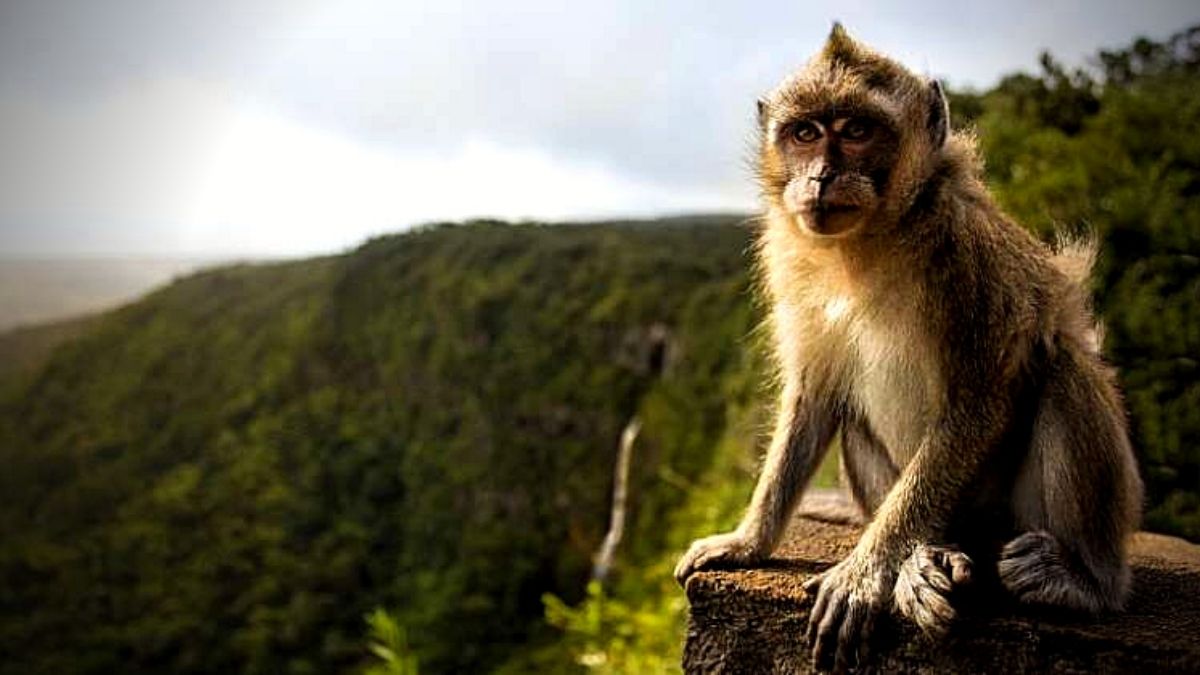 Macaques are regarded as alien species in Mauritius. Fabian Faber/Shutterstock

Macaque monkeys live as both captive and wild animals on the island of Mauritius. The wild population number is estimated at between 25,000 and 35,000 animals, it’s uncertain how many exist in captivity, but the figure is in the tens of thousands. The reason for a high captive number is that Mauritius is one of the world’s largest exporters of monkeys for the global research industry – primarily, to the US and Europe. Up to 10,000 primates are exported by Mauritius each year. Ecologist Vincent Florens provides insights into how the animals first came to Mauritius and how their presence has affected the island’s natural environment.

How long has Mauritius been involved?

The macaques originally came from Southeast Asia and were introduced almost certainly as pets to Mauritius by the Dutch around 1602.

In 1985, a private company, Bioculture, started to breed the macaques for research. The government didn’t object. Macaques are closely related to humans and can help to provide data into medical issues. For instance, experimental trials in macaques have led researchers to understand the efficacy of novel drugs and vaccines against several infectious diseases, such as AIDS, influenza, smallpox, and hepatitis.

Macaques were first exported from Mauritius for research in 1985. Initially feral animals had to be caught to supply research. These were typically caught in the islands’ forested areas, in the national parks, nature reserves, on mountains and in woods along rivers.

Today they are both caught from the wild and bred in captivity for research. In 2020, 10,827 macaques were exported from the country.

Wild macaques are needed to support captive breeding, an intake of at least a few thousand females each year. This is to preclude problems of genetic inbreeding that may happen in captive populations. And because captive bred animals’ breeding capacity tends to drop, and other issues like ageing of breeding animals.

How does the trade affect their numbers?**

The intensity of trapping feral animals may vary through time depending on the needs of the breeding programs. In times of low to no trapping the feral macaque population generally grows gradually, something I’ve observed when carrying out research on vegetation dynamics in Mauritius over about 20 years. There are more frequent calls and sightings of animals during visits to forested areas, and also by the sizes of the groups seen.

Conversely, there have been times of intensive trapping, like when several companies were given permits to operate several years back. This led to a very marked drop in encounters where macaques were previously abundant.

What impact do macaques have on the natural environment?

The macaque is what is termed an ‘alien species’ in Mauritius. This means that the many native, and often unique, animals and plants of Mauritius – which occur in one of the world’s biodiversity hotspots – had no previous exposure to animals like macaques. This means the plants and animals that lived there, the endemic species, have developed no evolutionary feature that would protect them from the alien monkeys.

Mauritius already has one of the highest extinction rates of endemic species worldwide. They are among the most threatened worldwide. For example, last year, the Botanical Gardens Conservation International ranked Mauritius as the second worst country worldwide in terms of proportion of tree species threatened with extinction. Massive deforestation is the most direct and immediate driver of biodiversity loss, removing 95.6% of the original native ecosystem.

Macaques have, and continue to, play a pivotal role in this situation. They are formidable predators capable of raiding bird nests to eat eggs and chicks. Macaques also chew on the soft heart of many plants like orchids, especially the larger species, killing them. Today orchids are the plant family that have sustained the highest extinction rate – 20 of the 91 known species appear to have gone extinct since 1769 in Mauritius. Many of the macaque-vulnerable orchids now cling to survival in tiny numbers in places like steep cliffs, which are least accessible to macaques.

Macaques destroy the fruits of many native trees before they mature. This kills the seeds within, like those of the ‘Dodo-tree’ and many ebony species. This has made forests less hospitable for native frugivores such as the endangered flying fox.

Macaques also destroy flowers of many species, breaking branches, and chewing on seedlings. Their activities deprive native fauna of their natural foods, which in turn contribute to their further decline. For example, macaques have destroyed about 95% of fruits of certain endemic trees before the Mascarene endemic flying fox has a chance to feed on these fruits. This in turn pushes the flying fox to seek food elsewhere, including on commercial trees in gardens and orchards. Sadly, this resulted in the government of Mauritius taking action against flying foxes – killing them by the thousands. This has worsened the conservation status of the flying fox to Endangered on the Red List of the International Union for Conservation of Nature.

How can they be better managed?

Feral macaques in Mauritius are a formidably harmful invasive alien species, destructive to many animal and plant species which are heading towards extinction in part because of the macaques.

The ideal management in such a situation is eradication, just like goats and rabbits were eradicated from Round Island in the 1970s and 1980s. This saved its highly threatened flora and fauna from extinction.

However, macaque eradication may be difficult in Mauritius’ remaining forests, which are sizeable, covering 80 km2. It may be more feasible in the short run to eradicate them from isolated pockets of habitats or to control their numbers to far below what they are now.

This may be done through intensive trapping or construction of macaque proof fencing, particularly in and around the most biodiversity important areas respectively.

Each of the monkeys that are exported annually for research is subjected to a US$125 levy that contributes to raising funds for biodiversity conservation. However, more species will continue to go extinct if the level of conservation management is not seriously increased to face the threats, including those posed by the macaques.

This article is republished from The Conversation under a Creative Commons license. Read the original article.

Whistleblowers have nowhere to hide in Mauritius

Post-cyclone health hazards you should not ignore