He bought a Mauritian company in 2012; his net worth today is £16billion
Advertisement 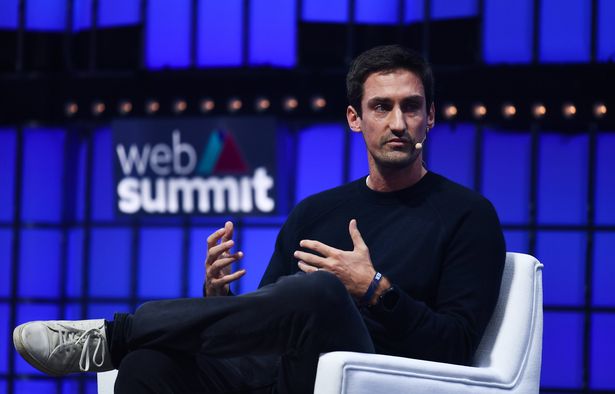 Guillaume Pousaz was 19 when he failed his economics finals and moved to California to learn how to surf – without any money in the bank.

After running out of cash, the Swedish university dropout took on a job at processing company International Payment Consultants to fund his trip – a move that granted him billionaire status two decades later.

The entrepreneur bought a small payments company based in Mauritius and set up Checkout.com in London in 2012, saying he chose the city because the regulator, the Financial Conduct Authority, is receptive to financial technology firms.

Now Guillaume Pousaz’s company Checkout.com has surpassed Revolut as the UK’s most valuable privately held technology firms – valued at £29billion thanks to a series of angel investors.

Checkout.com, which handles payments for Netflix, Pizza Hut and Sony as well as other consumer brands such as Klarna and Farfetch, announced it had secured another £1billion of funding on Tuesday.

The website processes hundreds of billions of dollars in payments every 12 months, with volumes tripling in each of the past three years owing to soaring use of online payments in the pandemic and the rise of cryptocurrencies, with Checkout.com used by many online exchanges.

Today, it has more than 1,700 staff across 19 offices and its recent acquisition of a US-based chief financial officer, suggests it could be about to float on the stock market.

It also means the billionaire now has a net worth estimated at just over £16billion.

Its £29billion valuation has more than doubled from a year ago when the company last raised funds.

Pousaz, who lives in Dubai with his wife and two children, is understood to still own around two thirds of the company.

The billionaire, who previously admitted he spends most nights in hotels around the world and works 80-hours a week, has a net worth estimated at £16billion.

His latest funding round pushes Pousaz into the world’s 100 richest people, according to Forbes.

Original Article at The Mirror

Mauritian to be India’s first high performance director of weightlifting