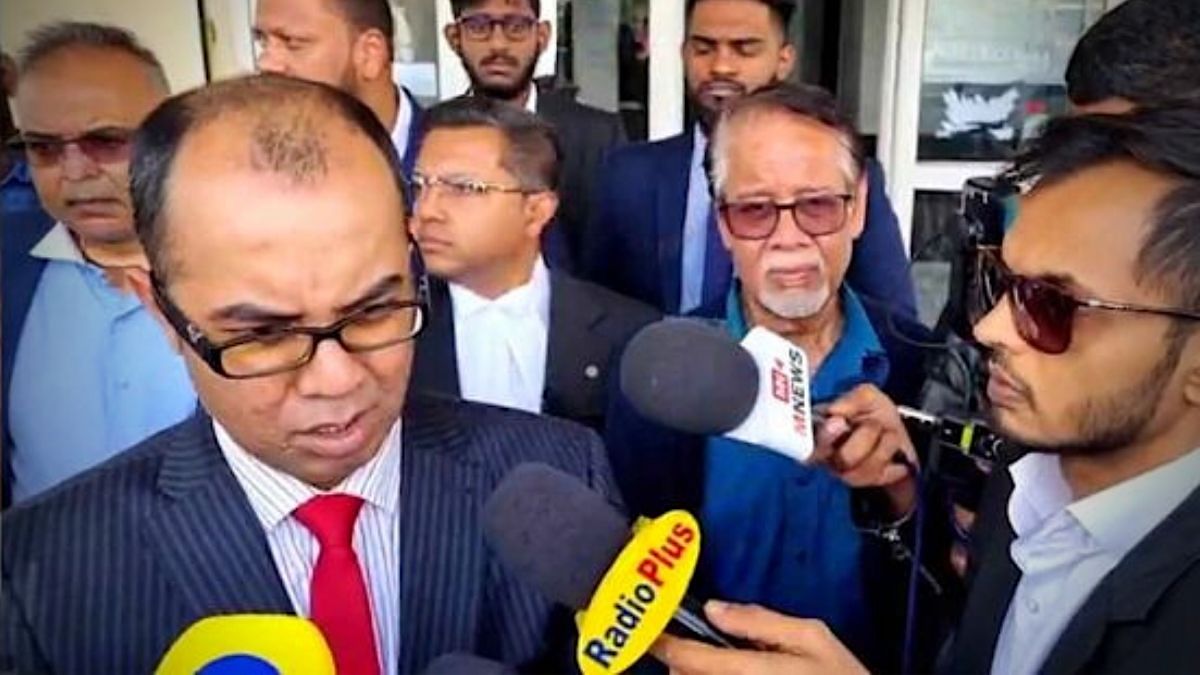 After having spent a fortnight in prison on a provisional charge of drug trafficking, lawyer Akil Bissessur and his partner Doomila Moheeputh have been released on bail.

The lawyer reiterated his innocence, announcing that he intends to confront those who “conspired” against him.

The couple’s release on bail follows a report by the Forensic Science Laboratory (FSL) which reportedly did not detect any fingerprints of the lawyer on the packets which allegedly contained 52 grams of synthetic drugs that were seized at Moheeputh’s house.

Bissessur had alleged that the drugs had been “planted” by police officers who conducted the raid.

“I’m a lawyer. I do not need to sell drugs to earn a living,” he was quoted as telling reporters after his release.

The lawyer, said to be close to the Labour Party, is known to be very critical against the MSM Government on social media.

“As a lawyer himself, he should have known better that a suspect is presumed innocent until proven guilty by a court of law. But, for political motives, he treated my son as a drug trafficker.”

Labour Party secretary resigns after learning she won’t be reappointed