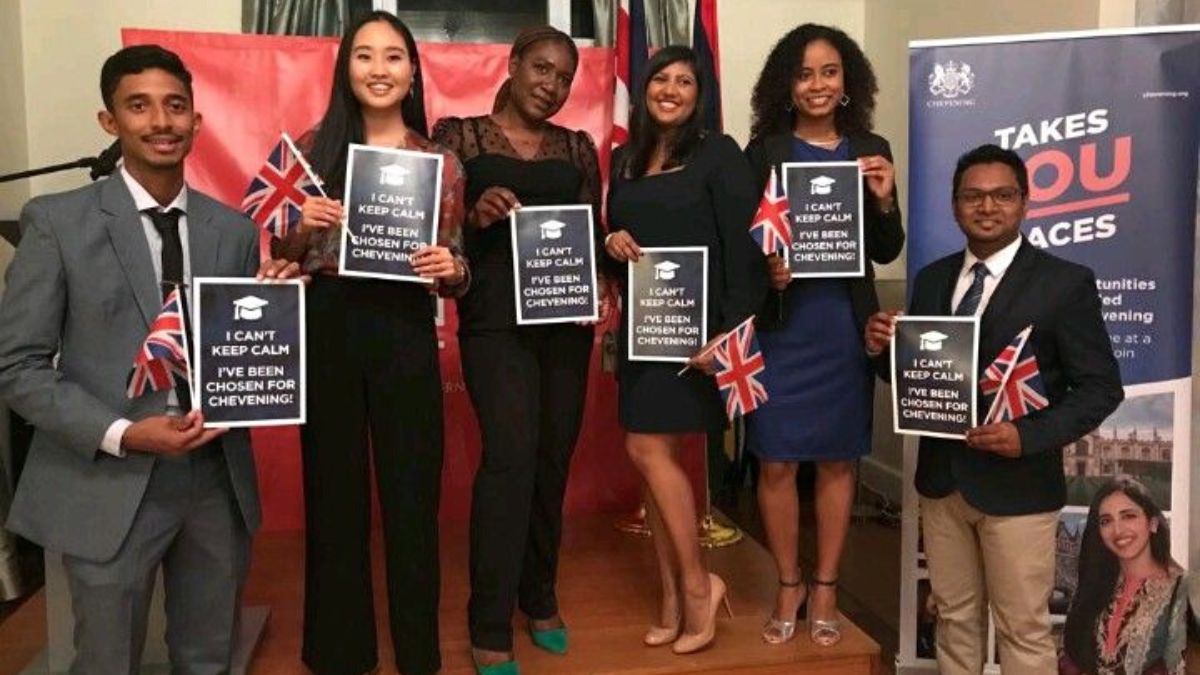 The British High Commissioner to Mauritius, Mrs Charlotte Pierre, welcomed the six Chevening scholars 2022-2023 and their parents at her residence recently to bid them farewell as they prepare to depart to pursue a fully-funded Master’s degree in the UK.

The scholars will be studying in a variety of fields including Education Innovation, Digital Marketing, Coastal Engineering, International Development and an LLM.

This year, there are also two scholars from Rodrigues, namely Florinette Cupidon and Jean Cody Von-Mally. The four other scholars are Dipna Gunnoo, Parikshit Hamritte, Arantxa Matoka and Millie Cheong.

The High Commissioner also welcomed members of the Chevening Alumni community in Mauritius, including a few scholars 2020-2021, who were selected during COVID-19 pandemic.

To congratulate them on the successful completion of their course, the High Commissioner handed them their official completion certificate.

Applications to study in the UK on a fully-funded Chevening Scholarship are now open.

Candidates will have the opportunity to study for a one-year Master’s degree in the UK. After their studies, Chevening scholars will become a member of a global network of over 50 000 alumni. The link to apply is: chevening.org/apply