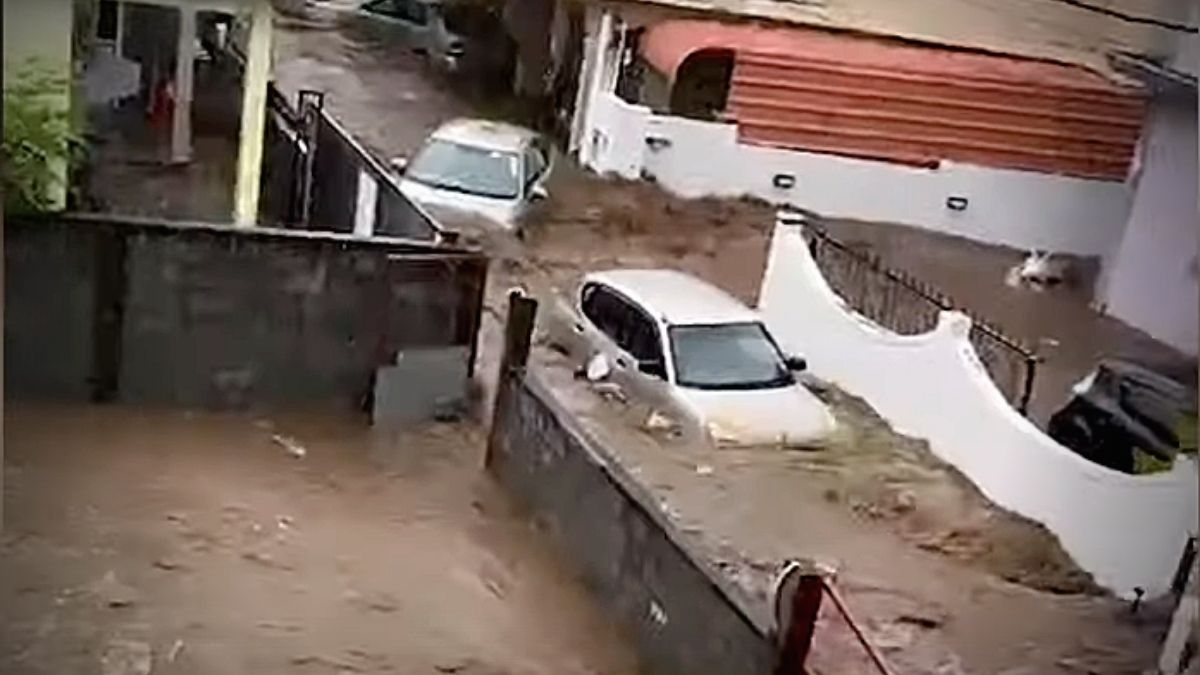 Intense rain over many parts of Mauritius on Sunday (Mar 13) afternoon led to flash floods in several areas.

At 4.30pm on Sunday, the Mauritius Meteorological Services issued a ‘Heavy rainfall warning’ for Mauritius, valid until noon on Monday 14 March 2022.

A video circulating on Facebook showed a passenger bus stuck in a flash flood near St Jean cemetery.

“Quatre Bornes fire rescuers and several citizens proceeded cautiously into the water with a depth of approximately 1.5 meters and helped passengers out of the bus.

All were guided to safety and there were no reported injuries.

In another video going around, several cars were seen being swept away by torrents of muddy water in Vallée-des-Prêtres. This region recorded more than 100 mm of rain in less than three hours and is said to be the most affected, yet.

According to the Met Office, the weather will remain cloudy to overcast over the whole Island with heavy showers and thunderstorms.

“The showers are likely to be more frequent to the south and the Central Plateau. The heavy showers will cause water accumulations in the flood prone areas,” it said.

It also warned that sporadic short duration, high intensity rains are likely to cause flash flood and sudden rise in water level near river banks and other risk areas.