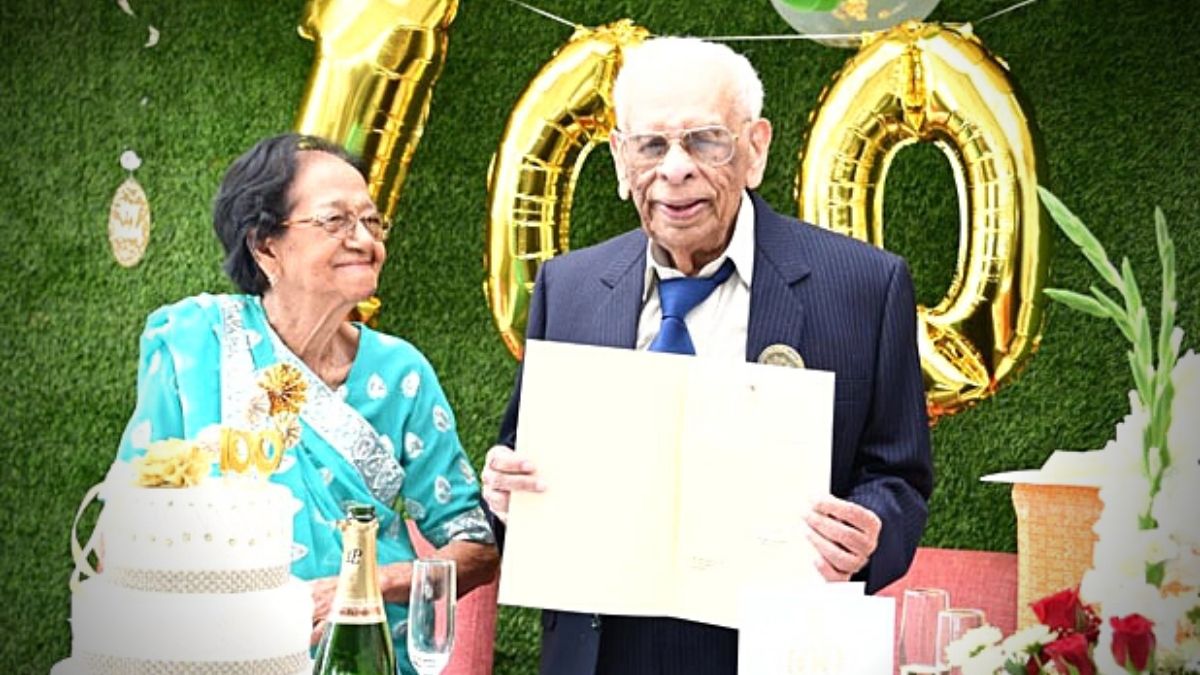 COVID-19 may have dampened many celebrations locally and worldwide, but it did not damper the spirit of Mr Dewodhat Jugdharry, who celebrated his 100th birthday on 25 December 2021.

To celebrate the milestone, his wife and children hosted a small celebration at the Palms Hotel, in Quatre Bornes.

He received from the Ministry of Social Integration, Social Security and National Solidarity a cheque amounting to Rs 21,836, a flower bouquet, a centenarian medal along with a certificate and a blender.

A present was offered by the Senior Citizens Council as well as a cash gift of Rs 10,000 by the National Solidarity Fund. A mobile phone was also offered to him by the Mauritius Telecom.

Mr Dewodhat Jugdharry was born in Port Louis in 1921. His father was a broker and passed away at the age of 99 years, and his mother, Mrs Somaria Jugdharry, who was a housewife, was also a centenarian.

Mr Jugdharry had one brother and four sisters. Only one sister, residing in France, is still alive.