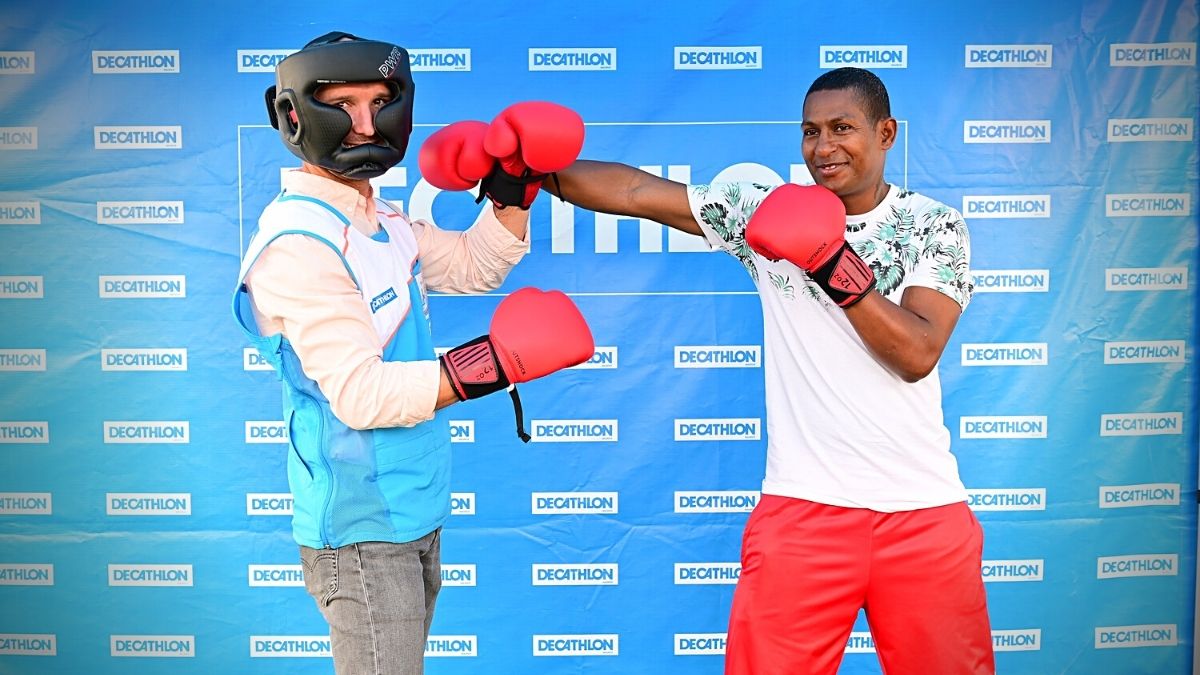 Sports goods retailer Decathlon Mauritius has handed over boxing equipment to around fifty young people as part of a partnership with NGO iMove.

Under the coaching of former Olympic medalist Bruno Julie, the youngsters will also be able to train at Decathlon’s 300 m2 playground in Bagatelle once a week for a year – as soon as the health situation permits.

Yannick Doger de Spéville, Commerce & Development Leader at Decathlon, said it was “only natural to support these young people who train three times a week without adequate infrastructure.”

iMove is an NGO created in 2014 to facilitate and encourage the empowerment of communities in precarious situations. It has initiated several programs for more than 600 people living mainly in the districts of Plaines-Wilhems, Pamplemousses and Rivière-du-Rempart. The NGO is accompanying the 50 young boxers since July 2021.

Decathlon is one the largest retailers of sports goods worldwide. The local franchise, held by the ENL Group, is located at Bagatelle. It offers equipment for 60 sports and leisure activities.