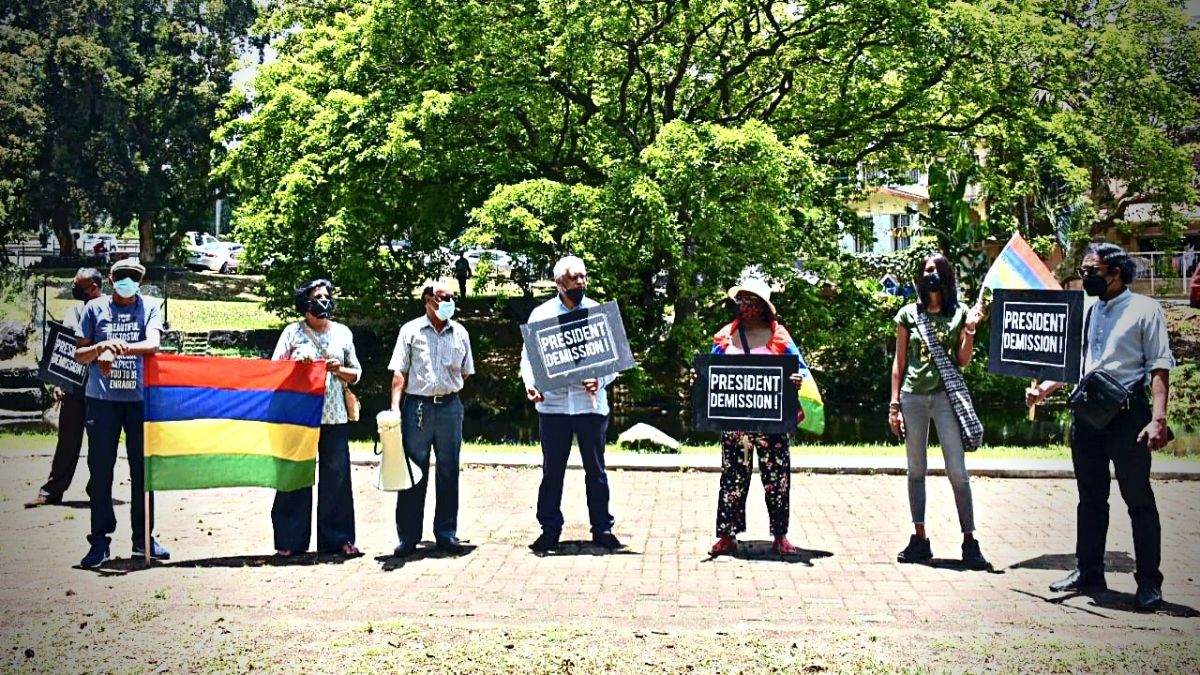 The battle against the amendments to the Independent Broadcasting Authority (IBA) Act has taken a new turn since the President of the Republic, Prithvirajsing Roopun, gave his assent to the amendments on Thursday.

After a protest in Port Louis which led to the arrest (and eventually, the release on parole) of lawyer Rama Valayden and social activist Raouf Khodabaccus, the Platform for Freedom of Expression has, on Saturday, staged another demonstration in front of the State House in Réduit.

The demonstration was led by lawyer Rama Valayden and activist Dev Sunnasy, but supported by numerous civil rights activists, academics and politicians.

According to Defi Media, about fifty people took turns to demonstrate in small groups. They all demanded the resignation of the President of the republic, arguing that he “does not understand his role” as President of the Republic and “is acting as a rubberstamp”.

Meanwhile, Paul Bérenger, leader of the MMM described the IBA amendments as a “crime”, while denouncing the speed at which the President gave his assent to these amendments.