Manzé takes a taste of Mauritius to North Melbourne
Advertisement 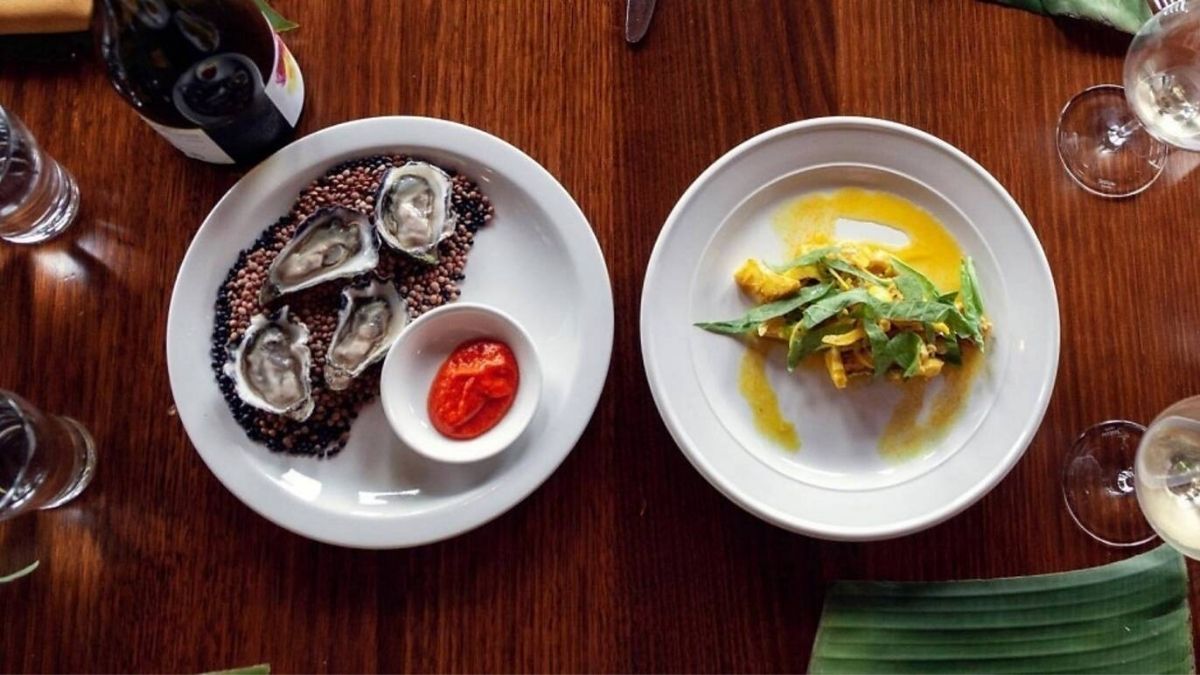 By Rushani Epa / Republished from Time Out Australia

Mauritian cuisine is a relatively underserved one in Melbourne, and Mauritian-inspired venues more so. But Nagesh Seethiah, who long hosted pop-ups under the name Manzé (Creole for ‘eat’), has joined forces with political journalist Osman Faruqi and artist Jason Phu to bring heavy-hitting flavours of the island to North Melbourne.

Breathing tropical life into an old pizza joint, the cosy wine bar is fitted out with white pillars, a giant arched window and rattan chairs reminiscent of the tropics. It buzzes at night from Wednesday to Saturday and bookings are already flying out the door in the early days of its inception.

The island nation of Mauritius is a melting pot of African Creole, French, Hakka Chinese and Indian cultures and cuisines. Drawing upon his familial heritage, head chef and co-owner Seethiah’s dishes are mainly Mauritian with an Indian bent, with freshness and flavour at the forefront.

The shared set menu rotates on a seasonal basis and on this evening it starts off with a trio of snacks, with the poutou making itself known as the standout hors d’oeuvre. This Mauritian street snack, a steamed cake of rice and desiccated coconut topped with an acidic and herbaceous coconut chutney and seasonal, sliced-up discs of asparagus, is a one-bite wonder.

Soon after, the entrée follows in the form of a deep crimson bouillon poisson loaded with ginger, tomato and herbs. An island of Corner Inlet Australian salmon falls apart at the touch and compliments the refined broth.

The shared main is a medium rare free range lamb rump, blushing on the inside and coated in a thick, mint green yoghurt dressing spruiking the venue’s own masala. The spices work in unison to elevate a beautiful cut of meat.

At Manzé, she has curated a list that showcases vin naturel with a predominant focus on female-identifying winemakers and diverse groups. Their Kingston Negroni is well worth a try and combines a top-shelf spiced rum from Mauritius, Beach House Spiced Rum with organic Biostilla Rondo Aperitivo and Maidenii’s signature vermouth.

Short and sweet is the name of the game here. The short menus mean there’s attention to detail, and the smaller service means there’s time to get acquainted with each dish. This might just be the ideal foray into Mauritian cuisine for lots of folk, and hopefully marks the first of many Mauritian venues to come.