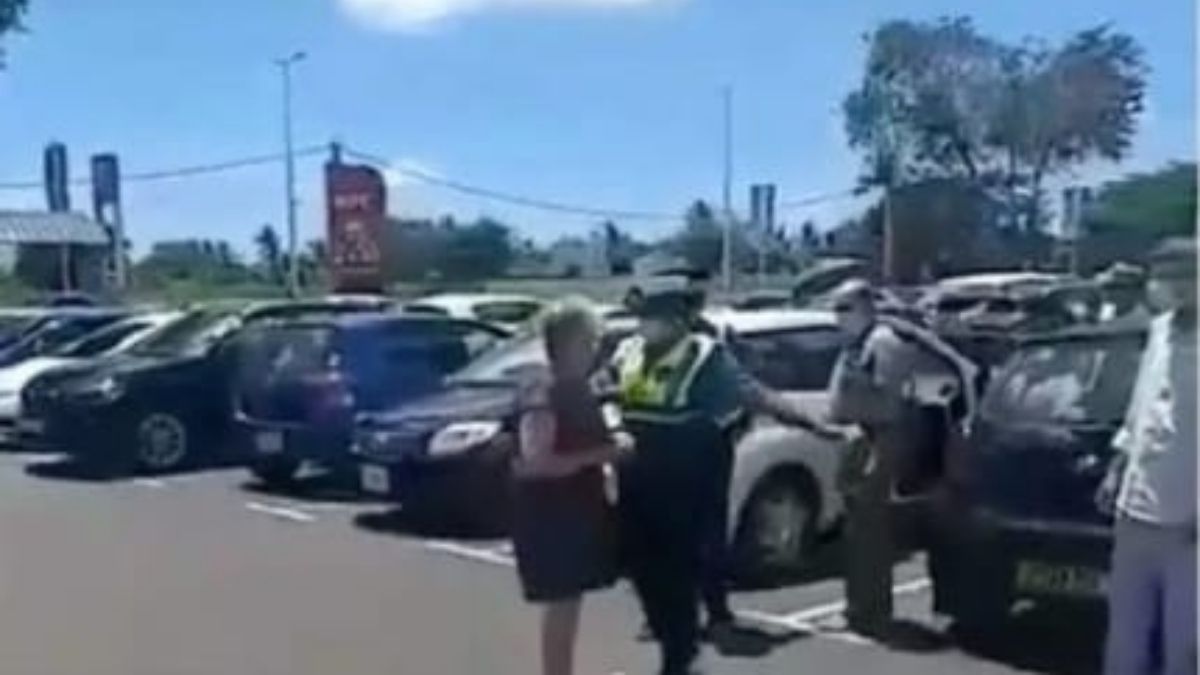 Snaptshot of the amateur video on the incident

A South African woman has been lambasted on social media after she assaulted a woman police constable – an act for which she will also face criminal prosecution.

The incident was filmed by a passer-by in the parking lot of a shopping centre located in Flacq.

The video shocked many and quickly became viral on social media attracting the wrath of thousands.

The story has it that Woman Police Constable (WPC) Maudhub, posted at the Eastern Division Supporting Unit (DSU), was assigned to ensure compliance of health protocols in Flacq.

On touring the parking lot of the shopping centre, she spotted Robyn Gertrud Ingham Shorrock, 51, without a face mask.

The policewoman called her to order, but the situation quickly escalated.

The South African woman was seen in the video as punching the police officer in the face and the chest. She was also seen as violently smashing the officer’s phone on the ground.

Robyn Gertrud Ingham Shorrock was eventually arrested and taken to Flacq Police Station, but was released on parole.

However, media reports say she will still be prosecuted on two counts – “failing to properly wear face mask” and “assaulting an agent of civil authority.”

Thousands commended the woman police officer for having kept her calm and acting professionally during the incident.

With stricter COVID-19 restrictions imposed last week, Police have stepped up presence around the island, tracking those who do not wear their face mask, or do not wear it properly.

Police Commissioner Anil Kumar Dip was quoted by l’Express that the Police will not tolerate any breach of sanitary laws by locals, expats or tourists.

Failure to do so is punishable by a fixed penalty of Rs2,000.

Assaulting an agent of civil authority can lead to prison.

Courts jammed, cases being postponed for next year